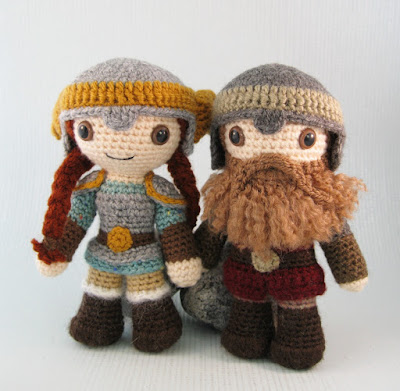 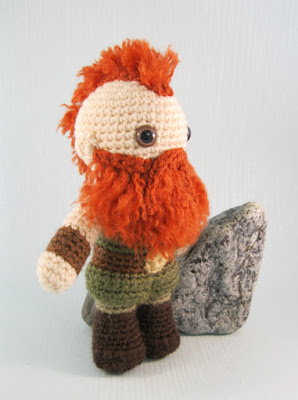 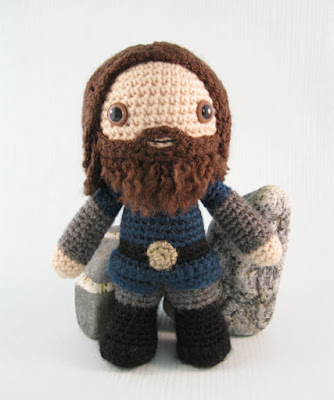 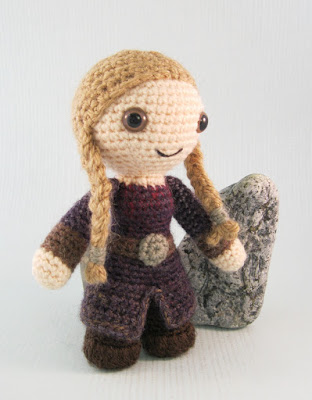 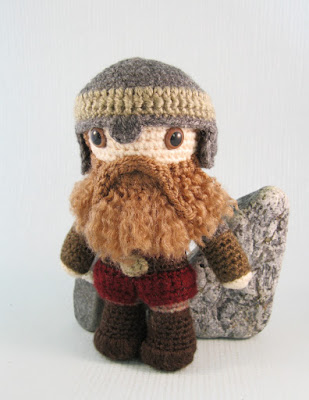 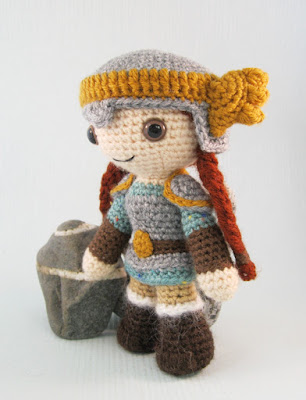 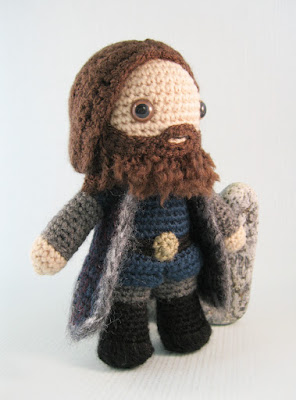 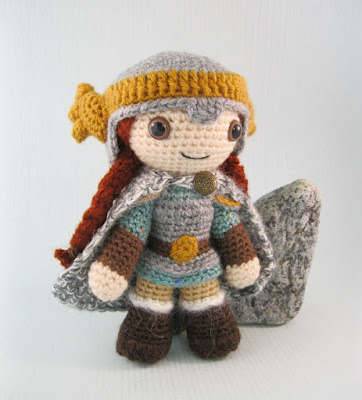 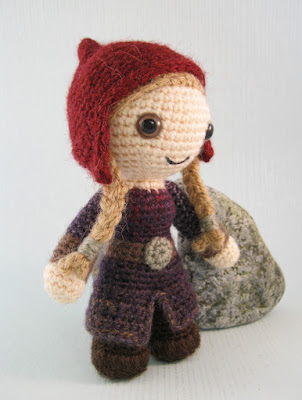 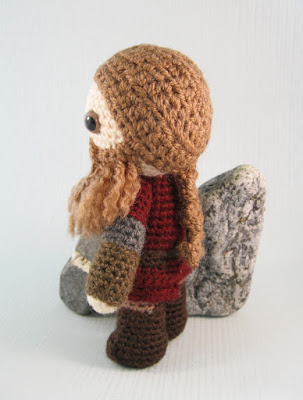 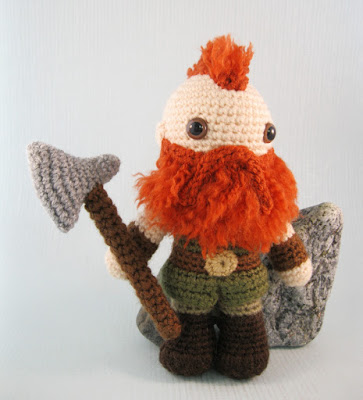 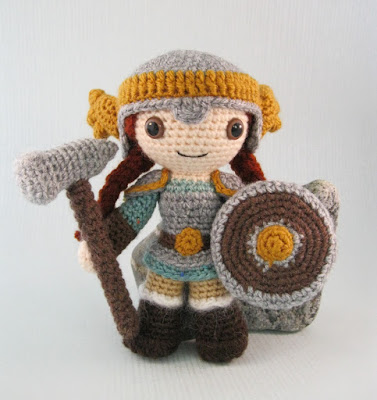 They are lovely! Are dwarfs supposed to be this cute? haha ;)

Yes, but don't tell them or they get grumpy! Thanks, I'm really pleased you like them :)

Your dwarves are amazing with all the details. My compliments for you.

Have a great day, Margaret

The dwarfs are looking absolutly fantastic. Every year I crochet a member of the Fellowship for my niece. I had your patterns for the Hobbits and for the elves. This time I did Gimli. But your pattern wasn't for sale, yet. So I improvised on your previous patterns. I came out with this: goo.gl/CZBNmU
I think there are similarities, but yours are a better fit to the other patterns. Your beard design are absolutly marvelous.

Thank you, your Gimli looks great! I've tried to design my dwarf pattern based on all sorts of versions of dwarves, so none of them look exactly like Gimli, but I really like yours.

Hi Lucy!
I just love your crochet patterns, at the moment I'm crocheting your pattern for Grey Totoro amigurumi :) I would be interested to translate the pattern to Finnish and share with my blog readers, if you are okay with it? If it's not I totally understand. I'm from Finland and here are many interested in crochet amigurumis etc. but they can't read english descriptions. I'd, of course, give you all the credit for the pattern :) You can visit my knit/crochet blog here: http://lankalabyrintti.blogspot.fi/

Thank you! I would be very happy for you to translate the Grey Totoro pattern and put it on your blog (which looks lovely, by the way). Let me know when you've done it and I'll put the details on Ravelry so people will be able to find it in the future.