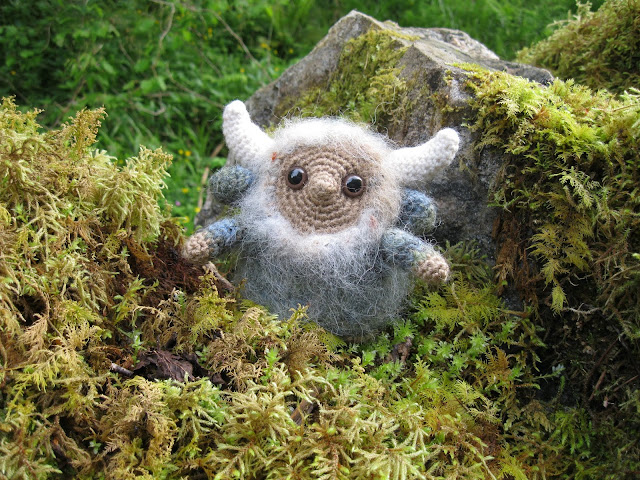 I recently went on holiday to the Scottish Highlands and I decided that I needed to make a little friend to go with me. Using my Small Spirit pattern I crocheted a Highland Spirit that I named Thistle. He's made using a fuzzy alpaca blend yarn that sadly is no longer available, but which can be brushed to make it nice and furry. I used a colour that was a mix of soft blues and greens, to echo the colours in the Scottish countryside, and gave him horns (using the 'curved horns' part of the pattern) that were reminiscent of Highland Cattle. 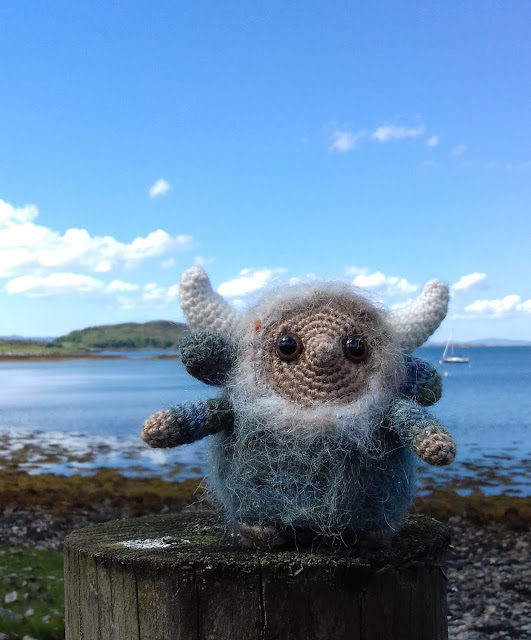 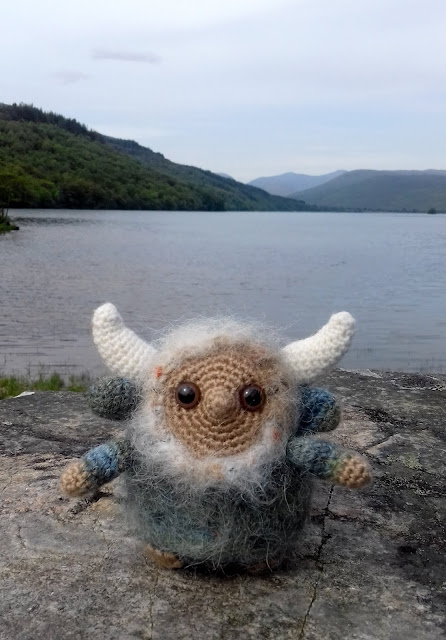 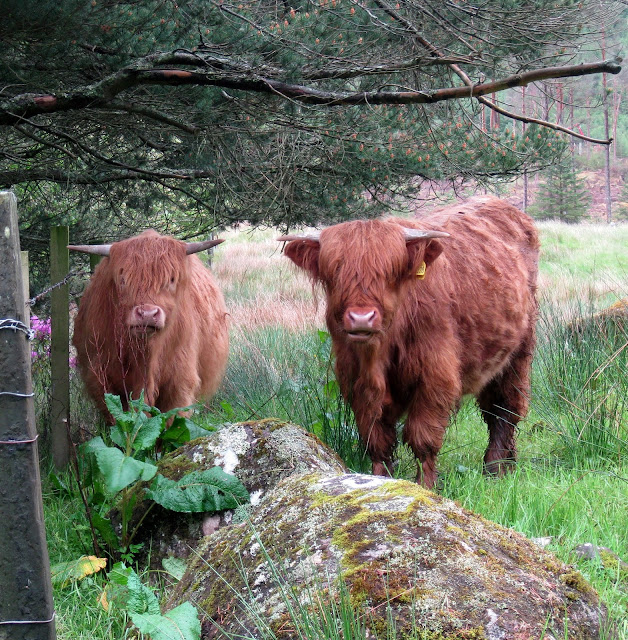 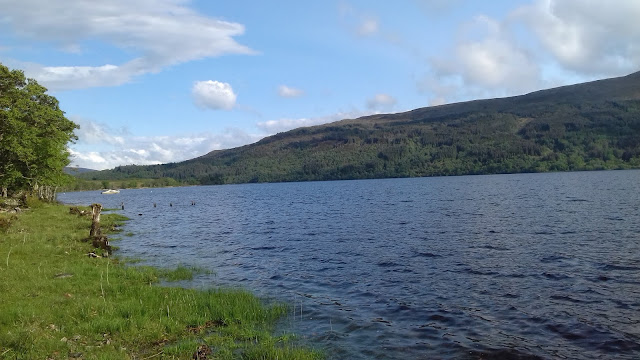 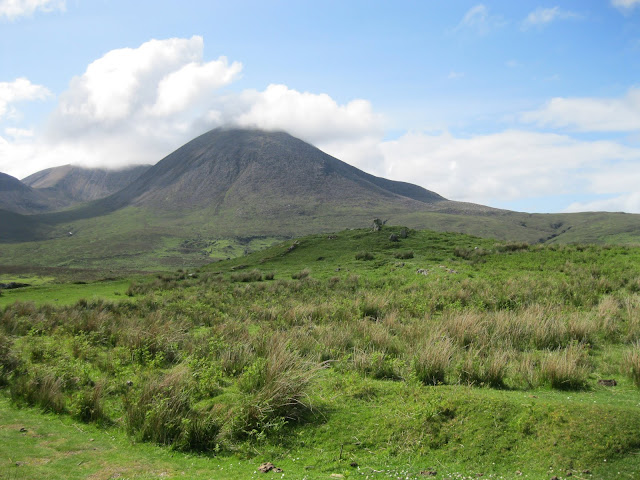 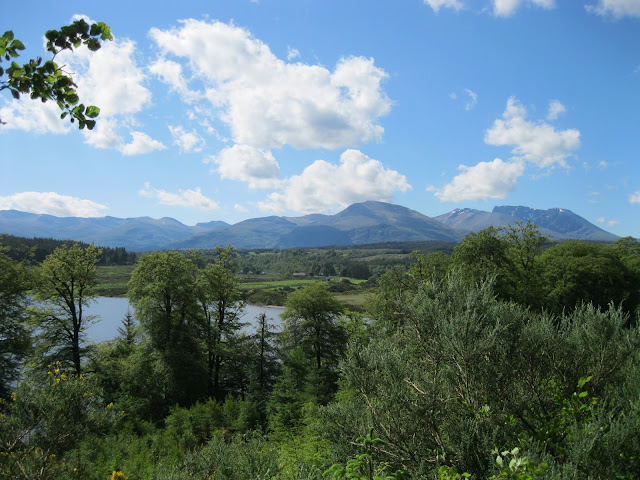 We had a great holiday, staying in a cottage by a beautiful and remote loch, and Thistle enjoyed himself visiting various places, including Eilean Donan Castle and Leakey's bookshop in Inverness. We also visited lots of film locations, including several for the Harry Potter films, such as the Glenfinnan Viaduct that the Hogwart's Express travels along, a waterfall that features in Goblet of Fire, and the island that was used for Dumbledore's tomb. 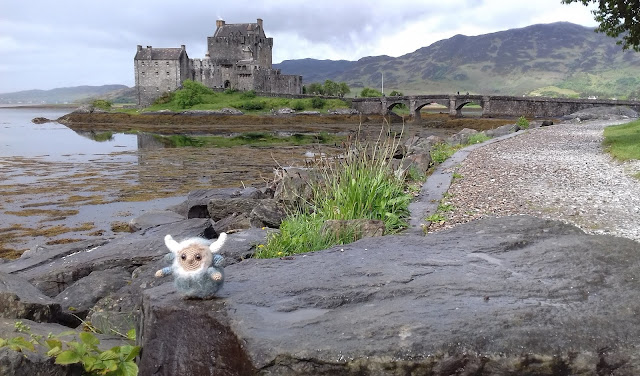 Eilean Donan Castle, which you might recognise from Highlander. 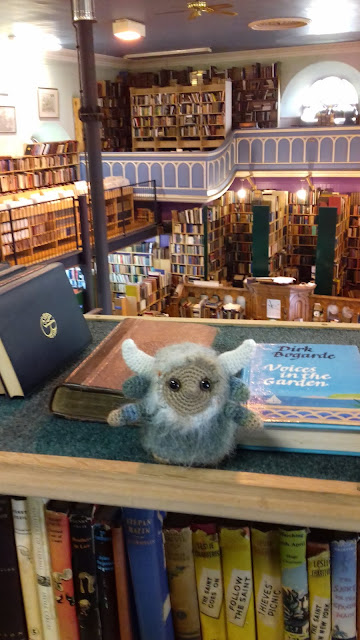 Leakey's bookshop, which is an amazing space just crammed with secondhand books. 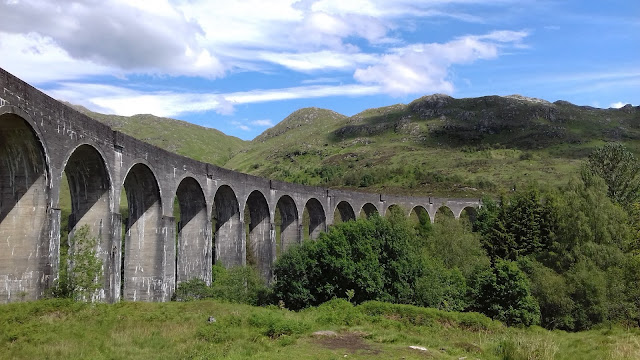 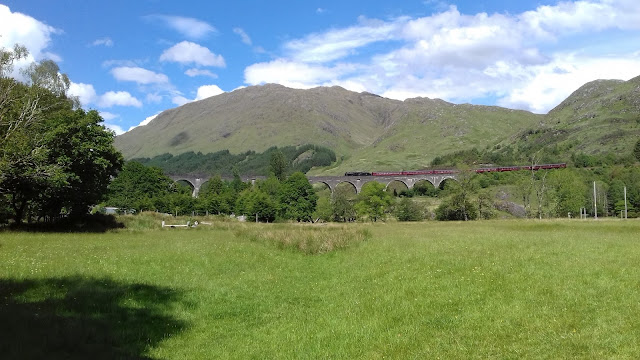 Glenfinnan Viaduct with the Jacobite Train passing over. 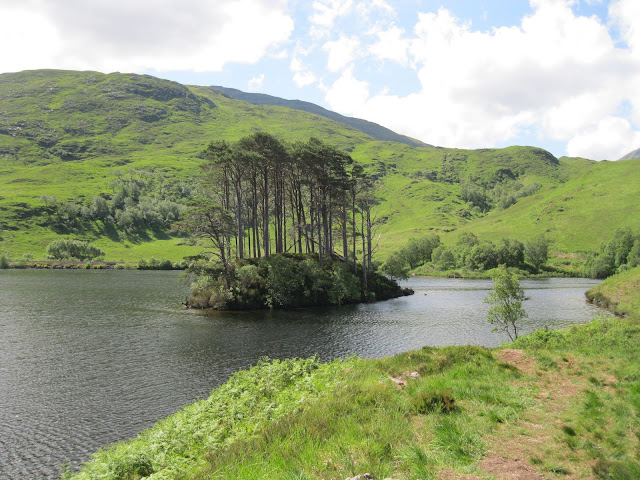 An island on Loch Eilt, the location for Dumbledore's tomb. 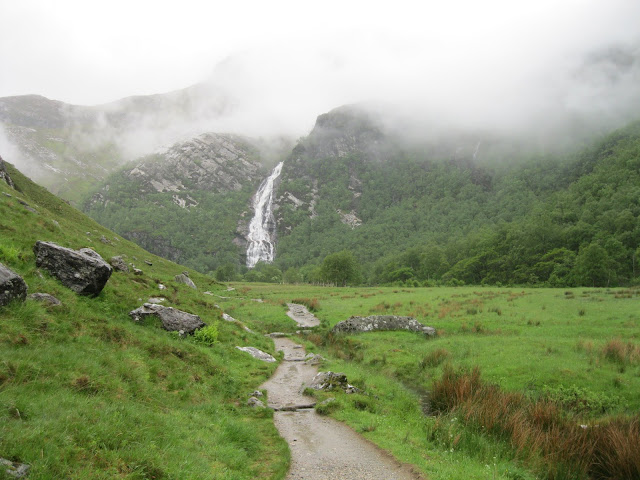 Steall Falls in Glen Nevis, used as background to the dragon challenge in Goblet of Fire.

If you want to make your own Small Spirit, with different elements to suit whatever you prefer, you can find the pattern on Etsy or Ravelry.
Posted by LucyRavenscar at 14:57 No comments: