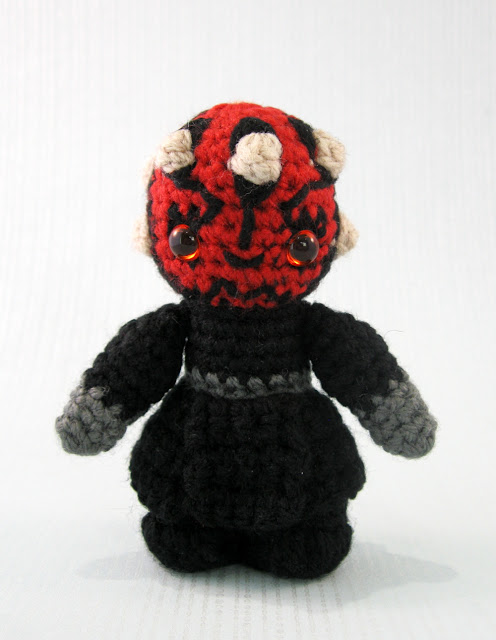 I'm carrying on with making Star Wars characters from the Prequels, and after making Jar Jar Binks I've now created the pattern for Darth Maul. In The Phantom Menace the Sith apprentice was a character that didn't say much but was an excellent fighter, with a double-ended lightsaber. It seemed like he was dead when Obi-Wan cut him in half and he fell down a big hole at the end of the film, but apparently not. The character has since appeared in the animated series' Clone Wars and Star Wars Rebels, and even made a very brief appearance at the end of Solo: A Star Wars Story. 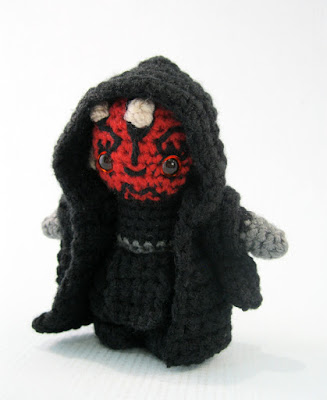 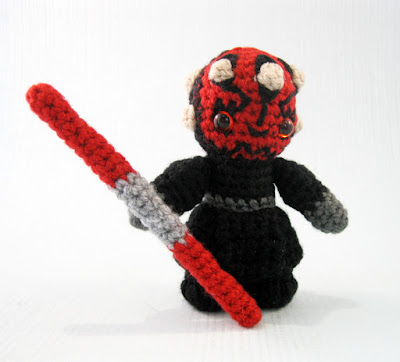 Maul has red skin that is tattooed in black patterns, which is quite hard to replicate in a small crochet figure (he's about 10 cm/4" tall). Making his head is relatively complicated, with colour changes and popcorn stitches to make his horns, and then the tattoo designs are sewn on to his face - I've included lots of photos in the pattern to help with that. 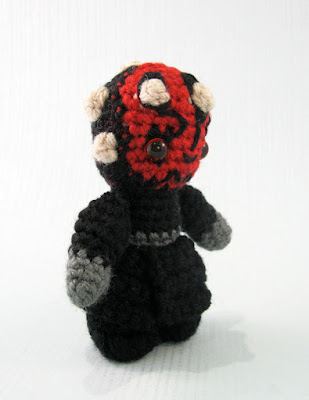 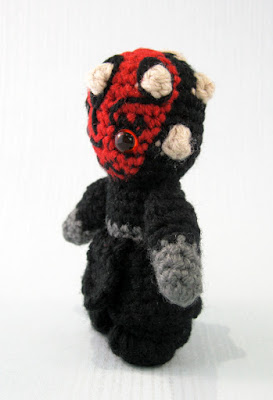 He comes with a separate hooded black robe, and his famous lightsaber, and the pattern is available on Etsy and Ravelry. 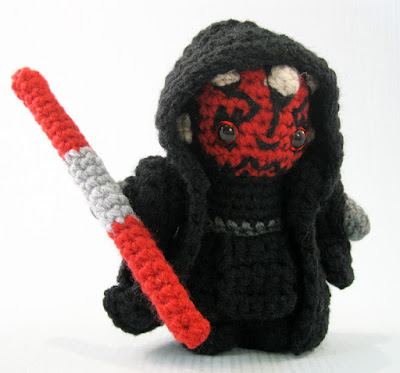 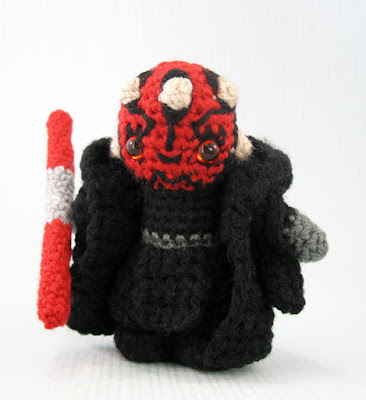 Posted by LucyRavenscar at 18:47 2 comments: