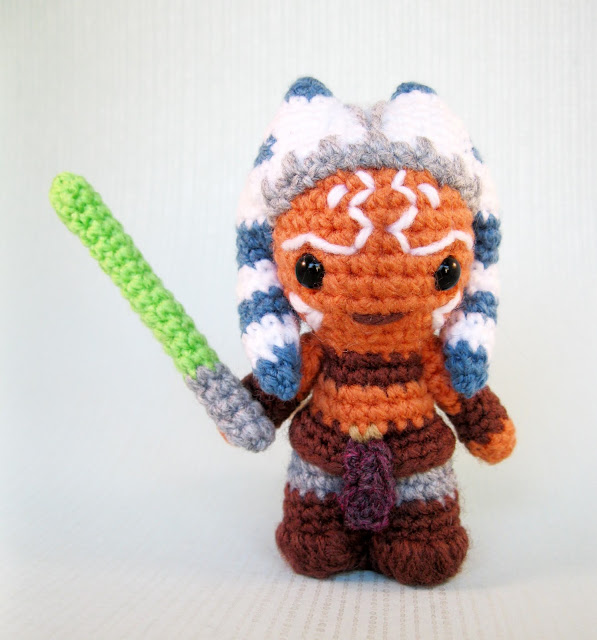 My latest pattern, to make Ahsoka Tano from The Clone Wars, is now available to buy in my Etsy and Ravelry shops. The Clone Wars series has been responsible for some great serialised story-telling in the Star Wars universe, and for creating a character in Ahsoka who has become a fan favourite. She's introduced as Anakin's young padawan and is enthusiastic and honest, with a good moral compass. She's not perfect, she makes mistakes, but she has great character development over the series, and goes on to appear in Star Wars Rebels as well. 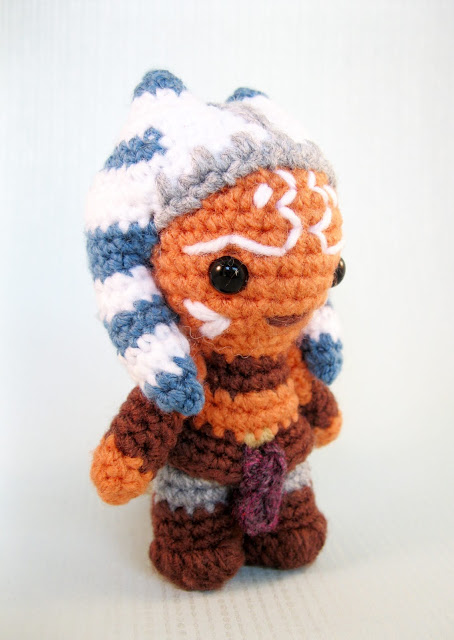 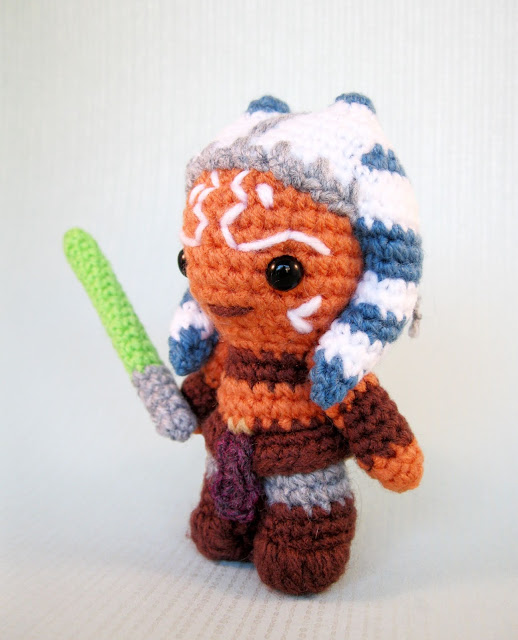 Ahsoka is a Togruta, with orange skin and blue and white head parts, consisting of two pointed montrals at the top and three tails, or lekku, at the bottom. Creating this at a relatively small scale (she's only 11 cm/4.5” tall) was quite the challenge, and it took quite a few attempts to get it right. Because of the complicated structure of the head piece I've added lots of photos into the pattern to explain each stage clearly, so I hope it won't be too difficult for people to follow. 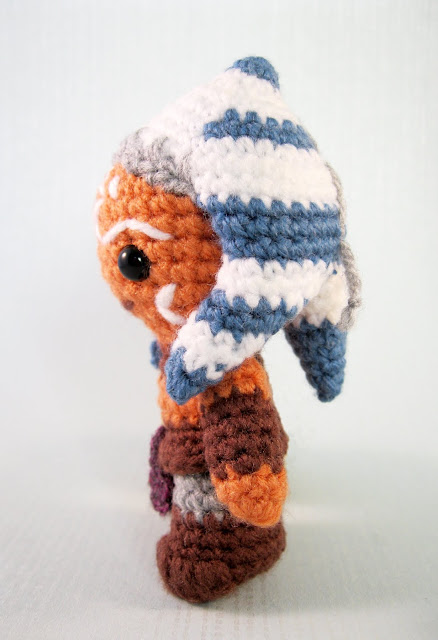 I based this pattern on her look at the start of The Clone Wars, but it would be easy to alter it slightly to look like the outfit she wears from series 3. To make her with the dress and leggings rather than top, skirt and leggings, just crochet the orange skin section in the middle in brown instead, and use two chains of russet brown/dark orange yarn to make her belt. You can also make her an extra lightsaber. Her later grey/blue costume would just need changes in colour for the different parts, and white lightsabers. 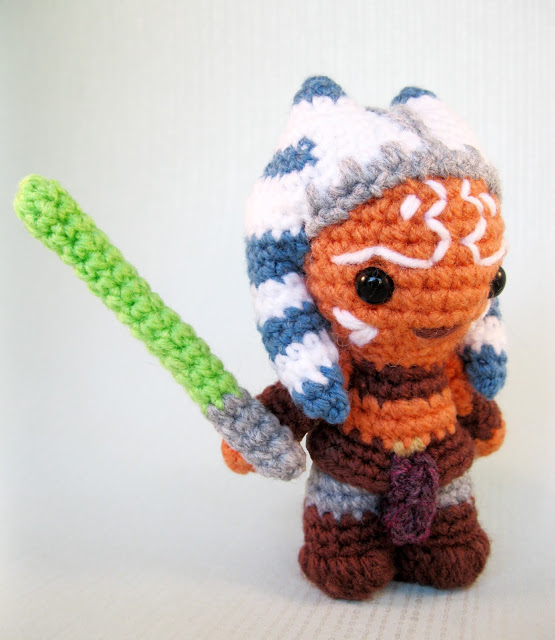 I've listed the yarn I used to make her at the end of this post: Star Wars Crochet - yarn used. I hope those of you who are fans of Ahsoka will enjoy making this mini version of her!