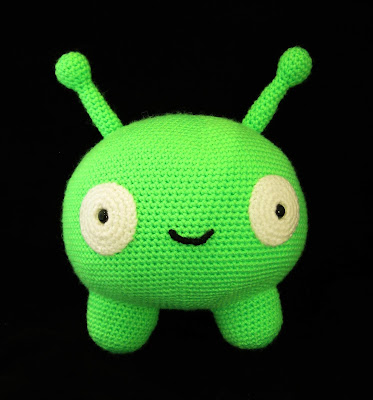 Earlier this year I asked my brother for ideas for a birthday present for my nephew (he's in his 20s) and he suggested that I could crochet him something. He sent me a photo of Mooncake, a cute little green alien which appears in the animated series Final Space, which I'd never seen. So, of course, I had to check it out (series one is on Netflix) and really enjoyed it. I fell in love with the little alien that flies around in space making funny noises, and who turns out to be much more powerful than his appearance would suggest. 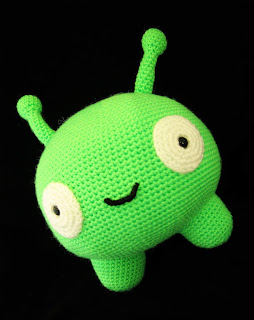 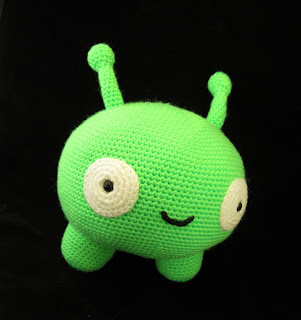 I thought it would be an easy pattern to design, but in fact it took a lot of tweaking to get the shape and proportions right. As with any amigurumi made up mostly of a large shape, it takes a lot of stuffing, much more than you think. You just have to keep adding the stuffing, a bit at a time, until the it really hold its shape. 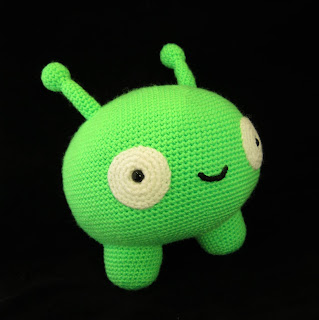 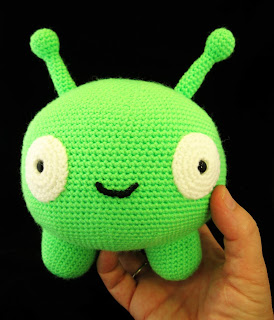 If you would like to buy the pattern, it's available on Etsy and Ravelry.
Posted by LucyRavenscar at 16:00 No comments: