I've just finished work on my latest crochet pattern, to make Blackberry the Badger. He's a cuddly little guy, about 28cm (11") tall, and you can make him with or without a nice snuggly sweater. I gave him a rich dark maroon one, the same colour as blackberry juice, but you can make it any colour you like. 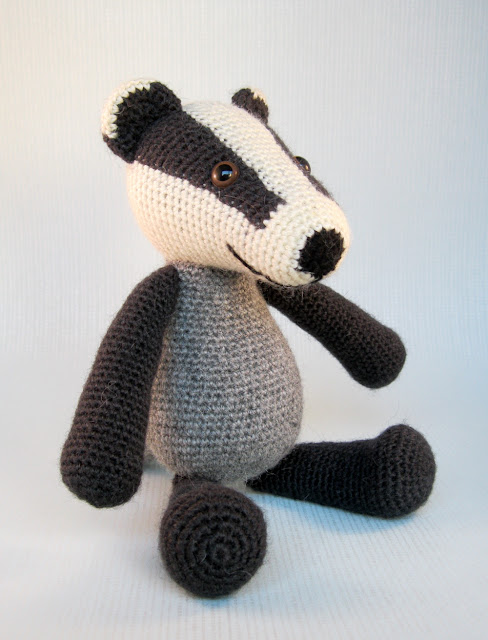 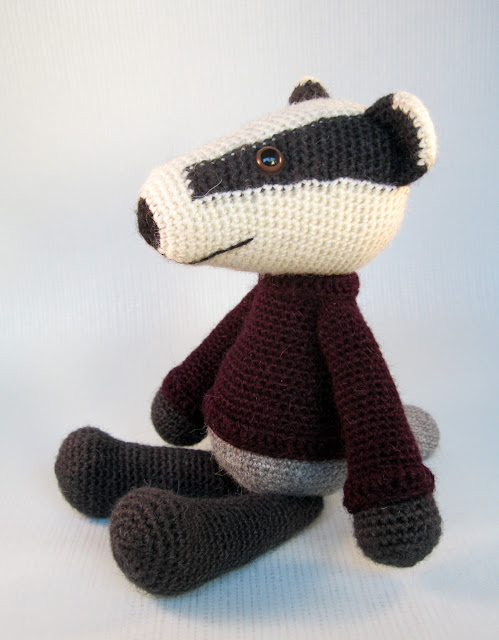 Designing his face, with the two black vertical stripes, was an interesting challenge. When you crochet, each stitch ends up slightly to the right of the stitch you work into. So, when you work in the round and try to make vertical stripes, they will end up leaning to the right. I was also trying to shape the head and have the stripes get wider as they went up the head. It took a lot of experimenting, but by increasing and decreasing in the right places I managed to make it work. 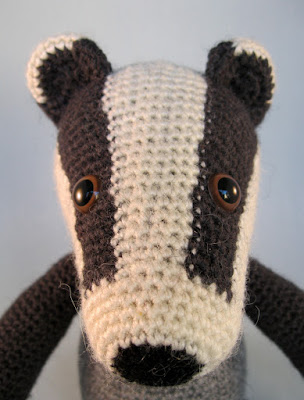 There are various different species of badger, and Blackberry is based on the European badger. I've never actually seen one myself as they are nocturnal, but they are popular figures in children's literature, such as The Wind in the Willows. In stories and folklore they are considered to be home loving creatures, sensible and hard-working, generally kind and friendly but fierce when necessary, relecting the behaviour of the real creatures. This must be why they are the symbol of Hufflepuff house in the Harry Potter books. Make a yellow and black scarf for Blackberry and he'd make a great Hufflepuff mascot! 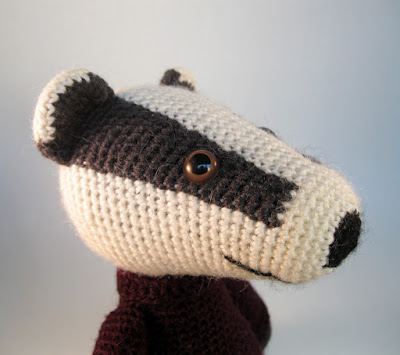 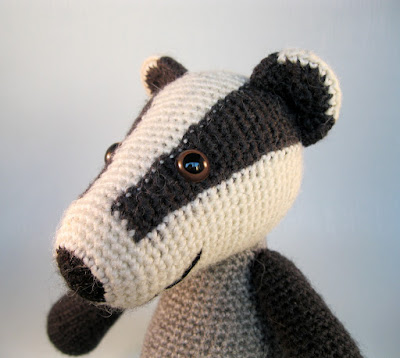 I made Blackberry using Stylecraft Alpaca DK yarns, which gives him a nice natural, fuzzy look, and he matches with my Bracken the Fox pattern. 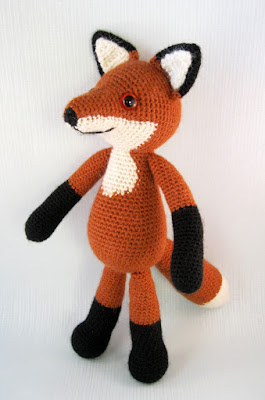 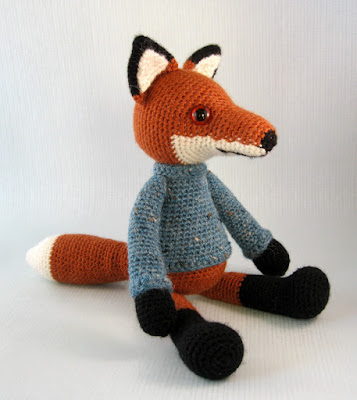 You can buy the Blackberry the Badger pattern on Etsy, Ravelry and LoveCrochet, and you can buy both that and Bracken the Fox patterns together for a reduced price on Etsy and Ravelry.
Posted by LucyRavenscar at 13:29 8 comments: