I'm afraid I haven't been updating this blog very often recently, but that's because I've been working on commissions that I can't talk about until they're finished, which is quite frustrating. Last year I worked on a pattern book, Hollywood Crochet, and created patterns for six Hollywood stars. There were some delays with the book coming out - it comes with the yarn to make one of the figures, and unfortunately there wasn't enough yarn in there originally - but now that's been sorted out and it's available to buy I thought I'd post about it. 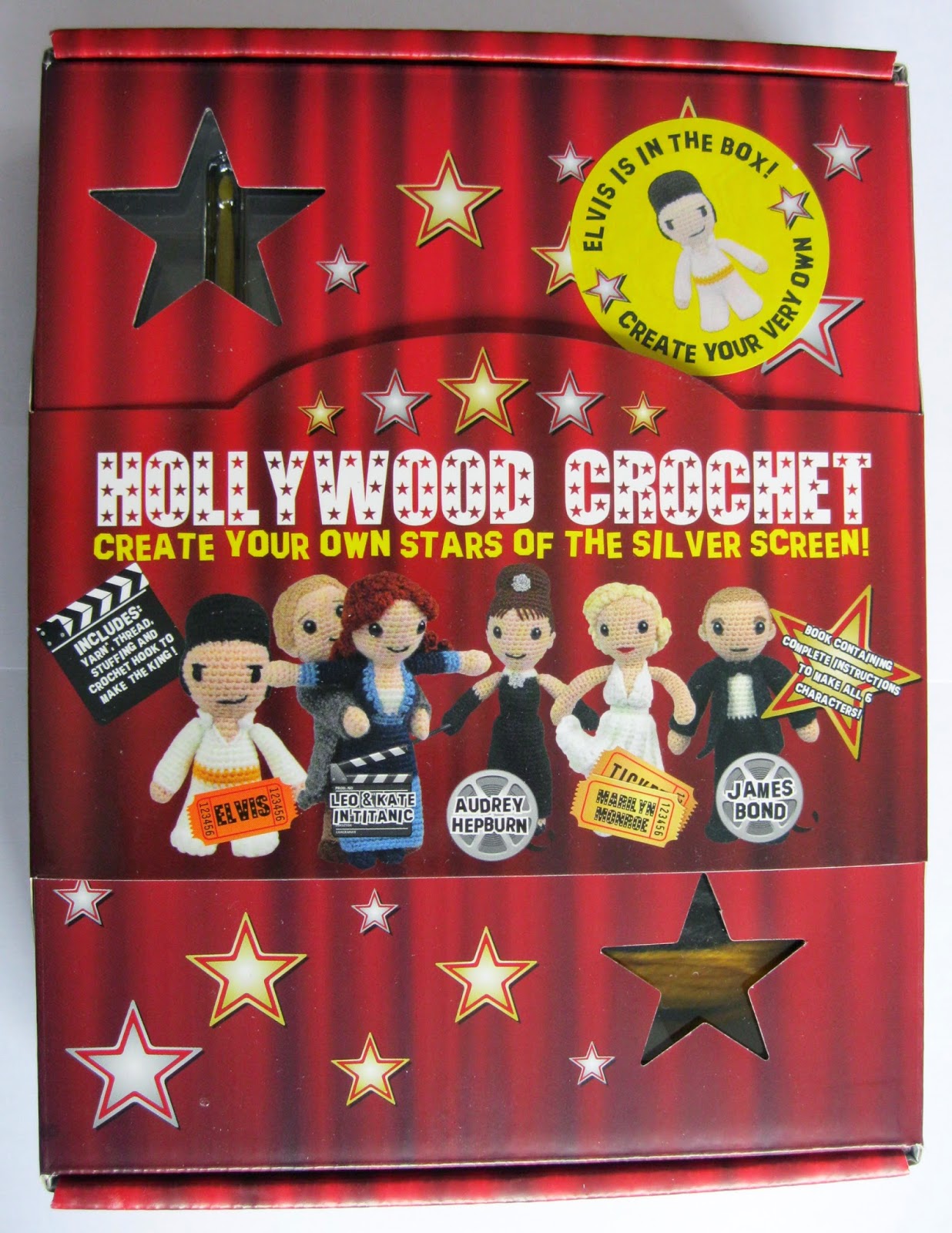 The patterns are for Elvis (with yarn), Audrey Hepburn, Marilyn Monroe, James Bond (Daniel Craig), and Kate Winslet and Leonardo DiCapprio in their roles from Titanic. It was fun working out all the figures, particularly trying to do different styles of hair using various crochet techniques, and I was especially happy with the way Marilyn's iconic dress came out. 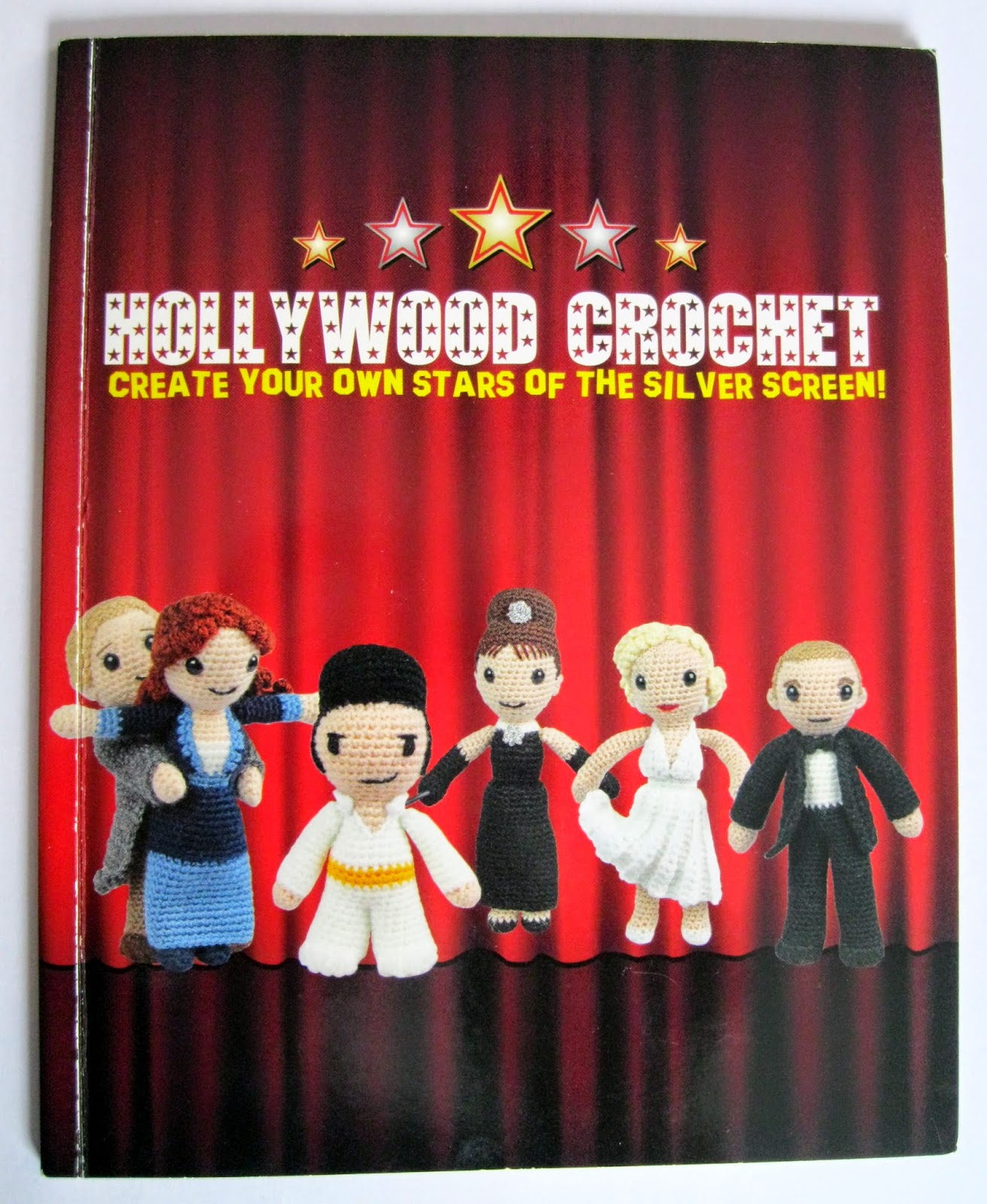 The book is published by Parragon Books, just search online to see where you can buy it depending on where you live.
Posted by LucyRavenscar at 16:47

I'll have to look this one up. Great chance to learn some new hair techniques. Love to figure out how the clothes are done, too.

Hi! im having some trouble with Elvis's hair, specifically the sideburns. Could you help me? Thanks!

Could you give me an idea of exactly what the problem is? Thanks.

Because you're moving from doing rounds to doing rows, you do the 10 stitches, then turn and to do the 20 stitches in row 13, work in those 10 stitches, then carry on and do the next 10 after them (in what was round 11). I hope that makes sense!

Not too much :( Do you have a video or picture or diagram? Sorry im so confused! Does stitch 11 end up being sort of in diagonal?

I'm afraid I don't have anything like that - the publishers of the book own the rights to the patterns now, so I'm just helping you with what I remember of the patterns.

Have you actually tried just following the instructions? I find that reading them can be confusing, but if you just crochet what they say, it ends up making sense.

I just bought this!! And actually I was going to look up who out it out because there wasnt near enough yarn to make elvis... I barely had enough flesh tone to make the top of his head let alone fonish it or the hands... I love the patterns... easy to follow... jusy disappointed in the false advertising...

If you get a pack without enough yarn, you should contact the publishers (Parragon) and ask them to send you some more.

Take a look at this post I just did showing how to start amigurumi, hopefully it will help: http://lucyravenscar.blogspot.co.uk/2018/02/making-amigurumi-starting-first-round.html

Have you done a crochet-pattern for Luke Skywalker and Chewbacca? If so, where can I buy it in the UK? Thanks, Gail Salmen