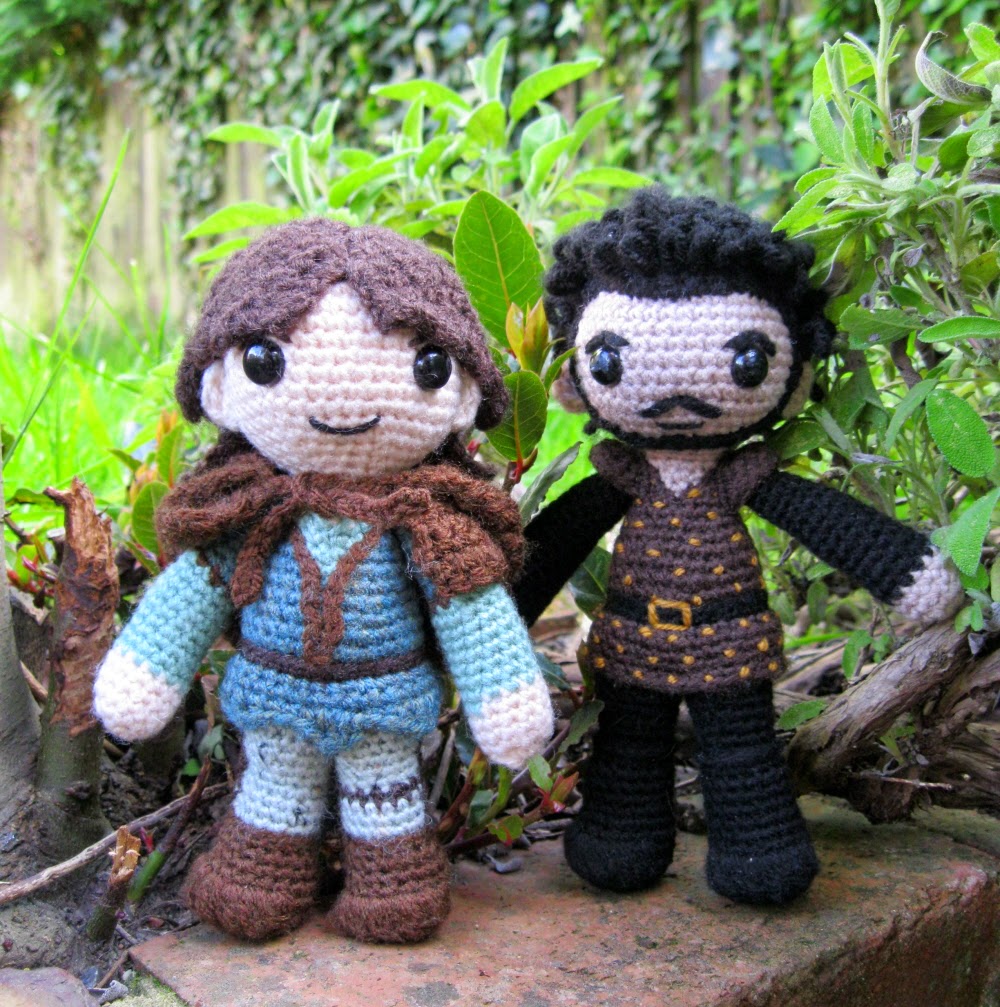 I'm a big fan of various SF and fantasy shows, and one of my favourites is Robin of Sherwood, the HTV/Showtime series from the 1980s. If you've never seen it, it's a wonderful take on the Robin Hood legend, including a lot of magic and mysticism. I've loved it since I first saw it as a teenager, and I've stayed a fan ever since, going to various conventions over the years. In fact my online name, Ravenscar, comes from one of the episodes. There's a character called Morgwyn of Ravenscar, an Abbess who is in fact a devil worshipper! I own an original prop from the episode, a banner, and that inspired my choice of name. 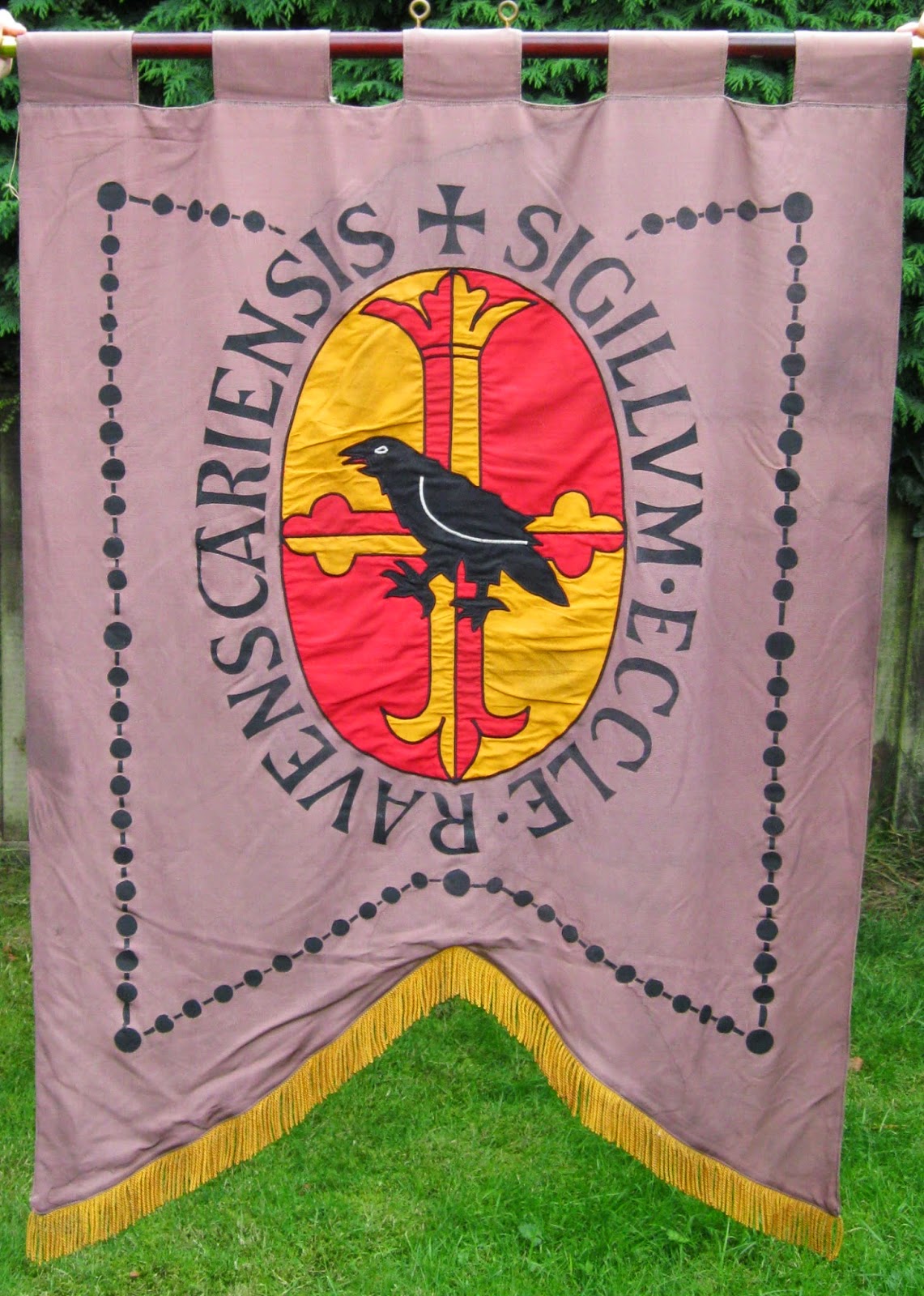 There hadn't been a dedicated convention for the show for a few years, so when one was announced, to be held this May, I was very excited. I booked up immediately (a couple of years in advance), but then almost forgot about it in the busyness of life. When I started getting ready for it shortly before, I realised I'd left it a bit late to get a costume ready, but I thought I could at least crochet a character or two to take along with me.

I started work on my favourite character, Nasir, a Saracen assassin who joins the group at the end of the first episode (Robin of Sherwood was the first time a Saracen/Arabic character had become part of the band of 'Merry Men', but this idea has since been used in various films and TV series), as the actor who portrayed him, Mark Ryan was going to be at the convention. I used my Elf pattern as a base, and was very happy with my mini Nasir. I did think of making his signature two swords, but I thought he'd be easier to carry around without any accessories. 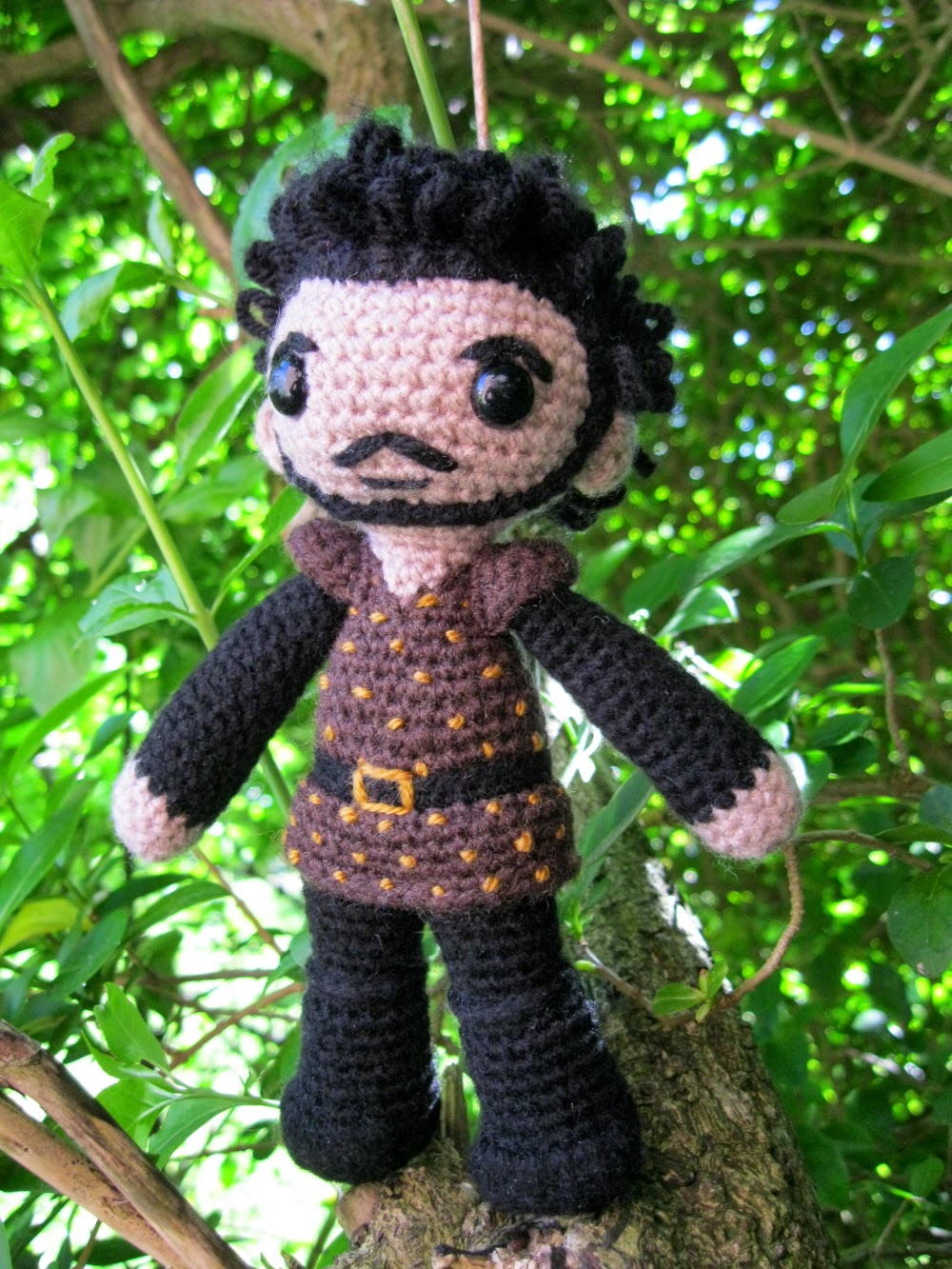 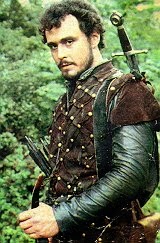 Mini Nasir with the original for comparison.

Then I began to make Robin himself. He was played by Michael Praed, the only man to grace my teenage bedroom walls (in poster form!), who was also attending the con. Sadly, I didn't quite get him finished before it was time to leave. I took all the parts, that just needed sewing together, but I couldn't manage to do it in the car, it made me feel queasy. However, I finished him up as soon as I got back, and took photos of them both in the greenwood garden. 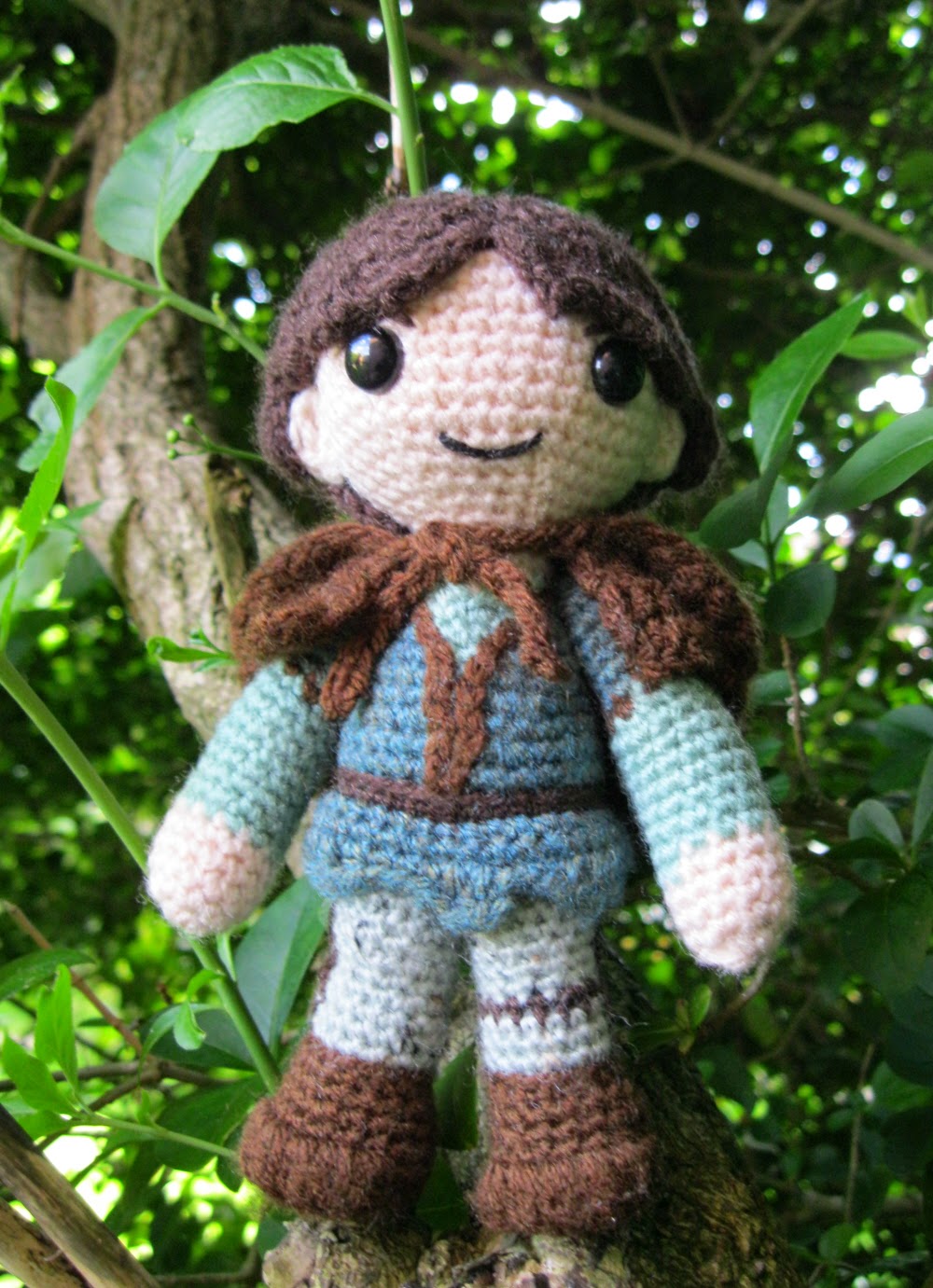 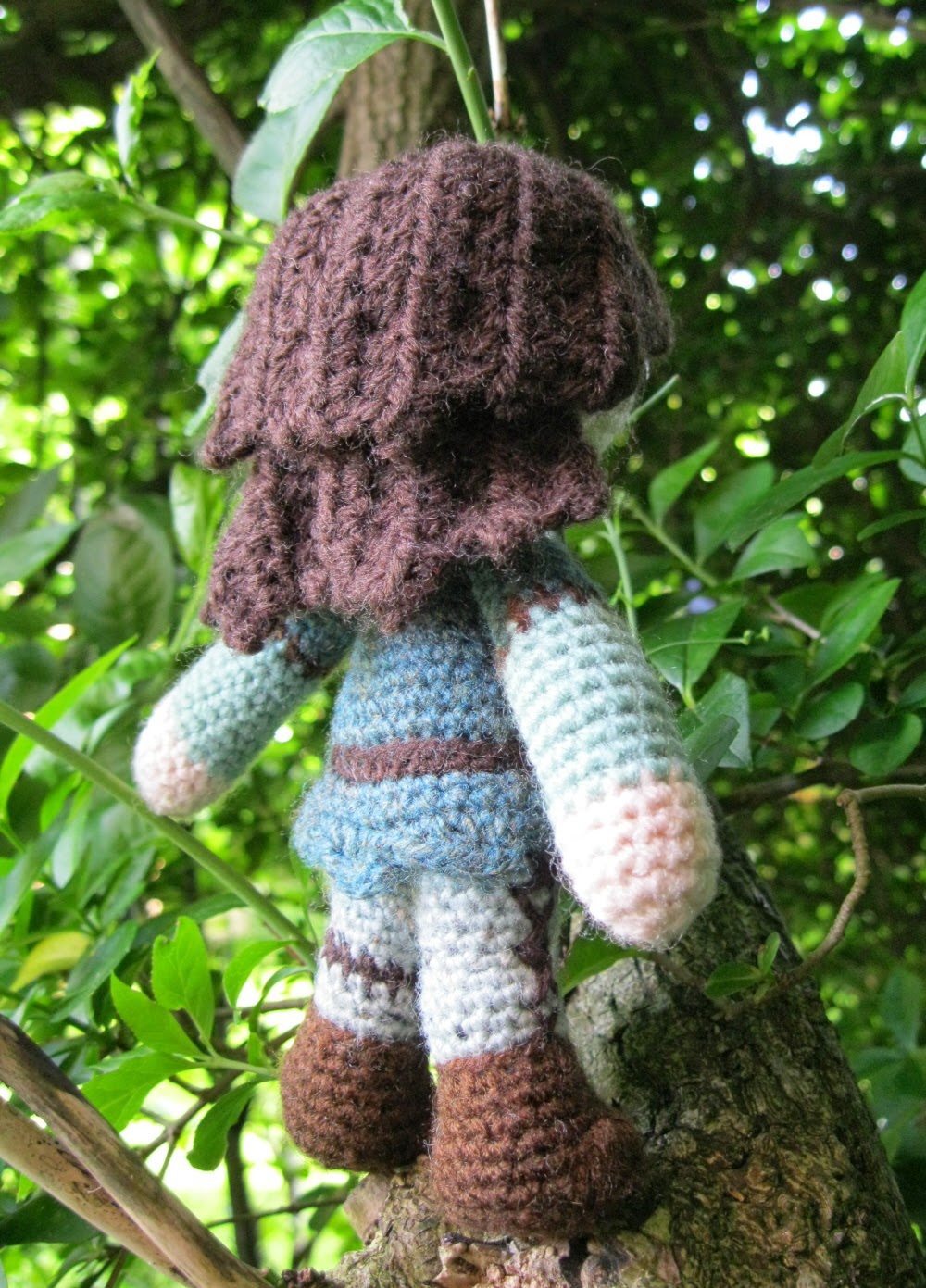 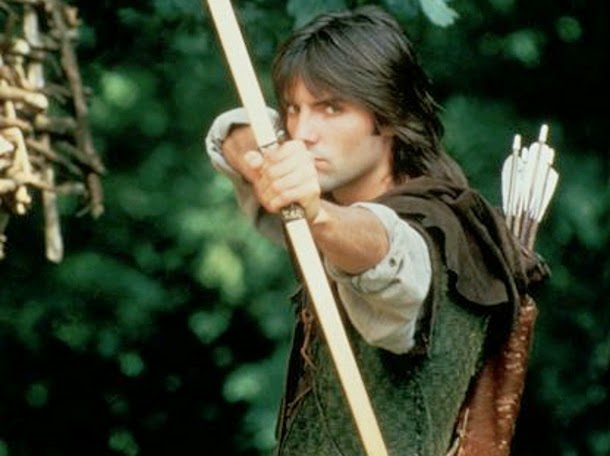 Mini Robin and the original - it took a while to work out how to make that hair.

I was pleased I'd at least managed to finish Nasir though, as I got a photograph with Mark Ryan, along with the mini version. I also had a wonderful time at the convention, and afterwards I helped to start up a discussion forum - Nothing's Forgotten - so I could keep chatting with all the Robin of Sherwood fans. 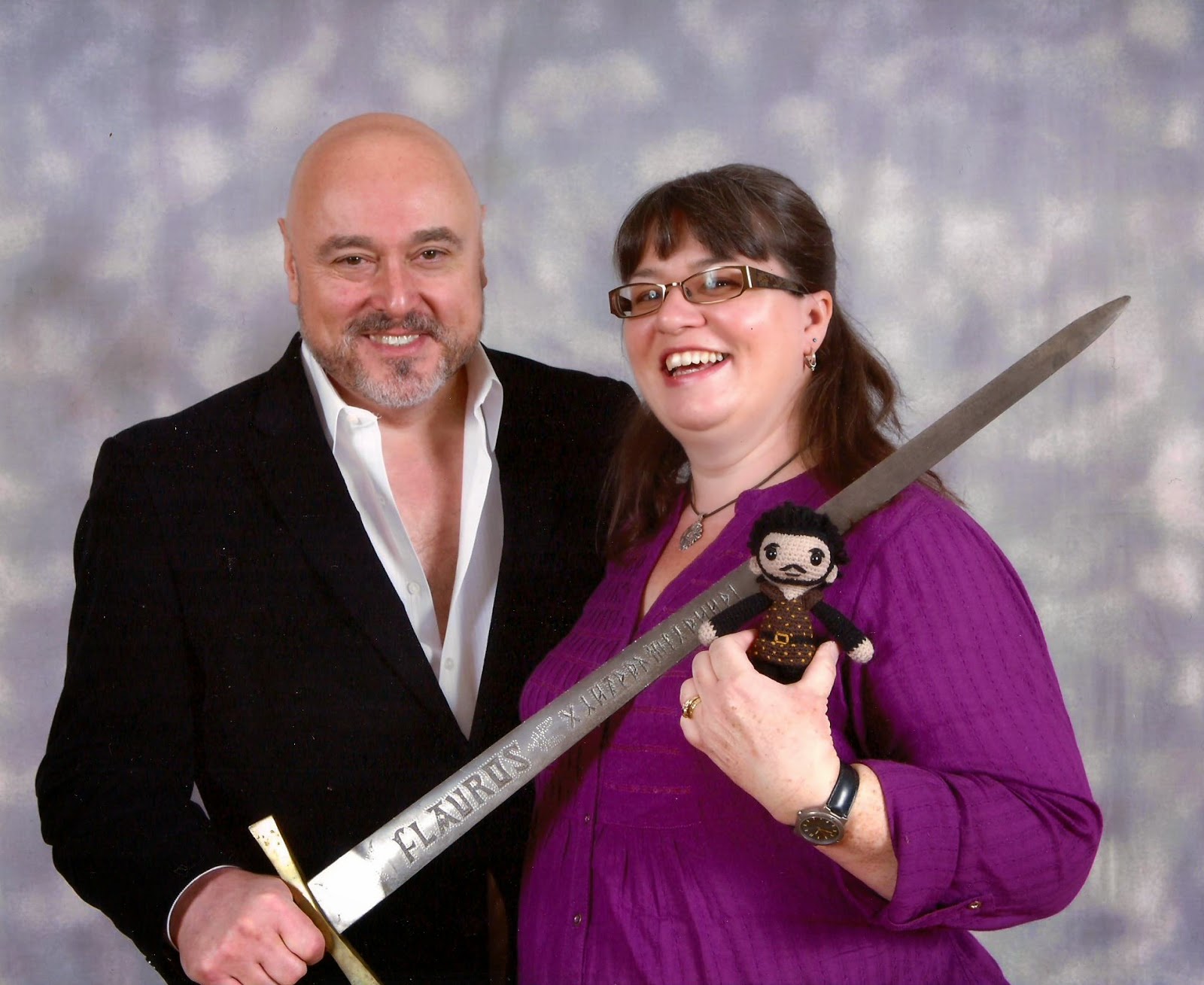