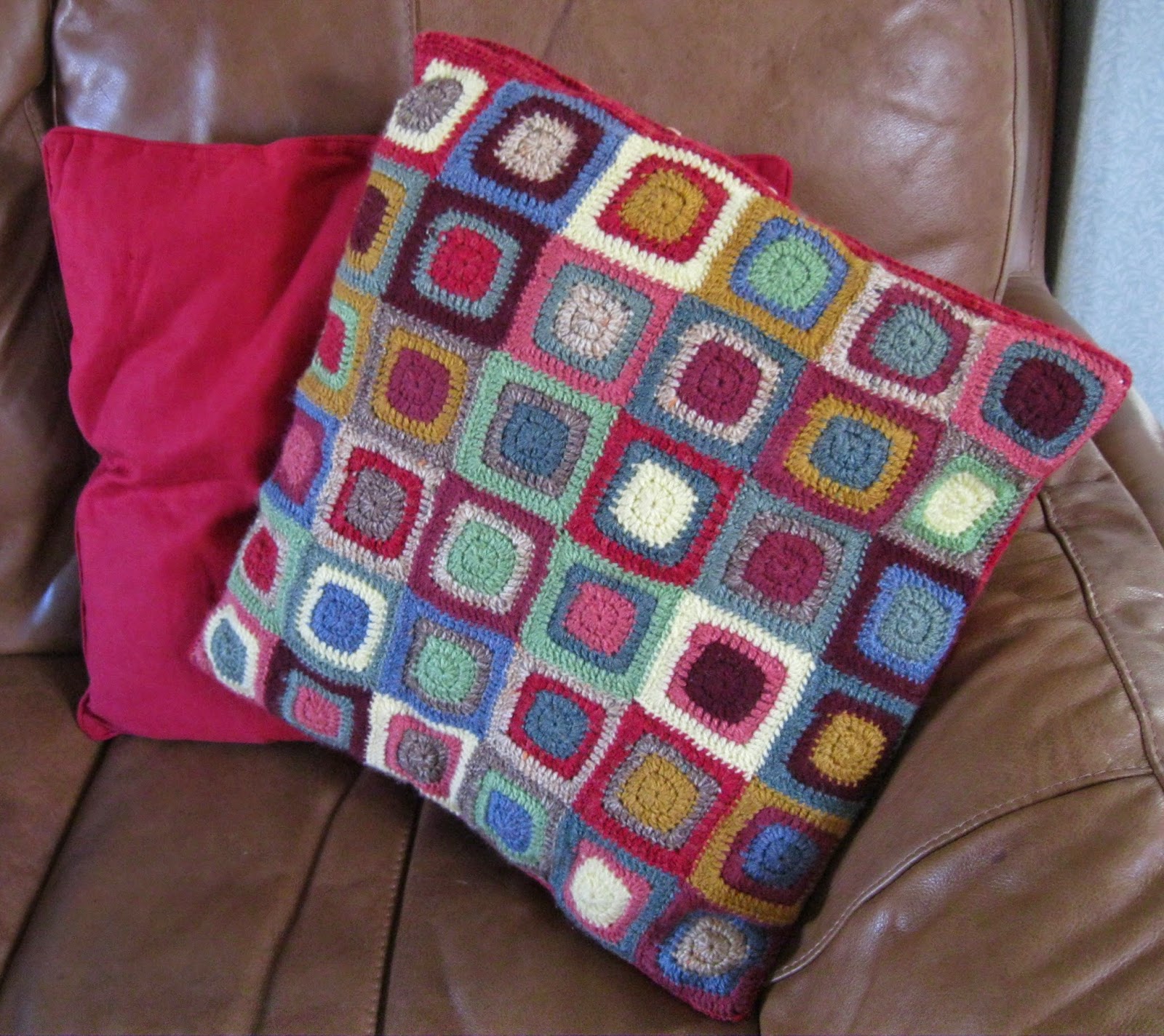 Since I started to crochet, I've pretty much stuck to making amigurumi. I've made a few hats and scarves, but I've never made a granny square, or attempted an afghan/blanket. I've seen so many lovely patterns, and really felt the need to have something I'd crocheted sat around in my house so I could enjoy it all the time. Rather than starting on a blanket, I decided to make myself a cushion cover, so I could try out some ideas without committing to something so big.

I had a look at a lot of patterns, and tried a couple of granny square designs, but I felt that they were too holey, and I didn't want my cushion pad to show through. At least they'd given me the idea of how to make a square shape, so I came up with a very simple square that didn't have many holes, and that used three colours.

Then I searched through my stash for a selection of twelve colours that would match my sitting room; mostly reds and dark pinks and greens with a bit of beige, gold and yellow. I have lots of different colours in my stash (I barely have two balls of yarn the same), so it wasn't difficult to find what I wanted. I really enjoyed working on all the squares, trying to make each one unique, and not to repeat each colour too many times. I nearly always crochet in the evenings, and usually I'm trying to work on one of my patterns, but I'd got to a stage on my latest pattern (which is very nearly ready) where I only needed to take photos and write up my notes. It was nice to be making something for myself, and more relaxing. 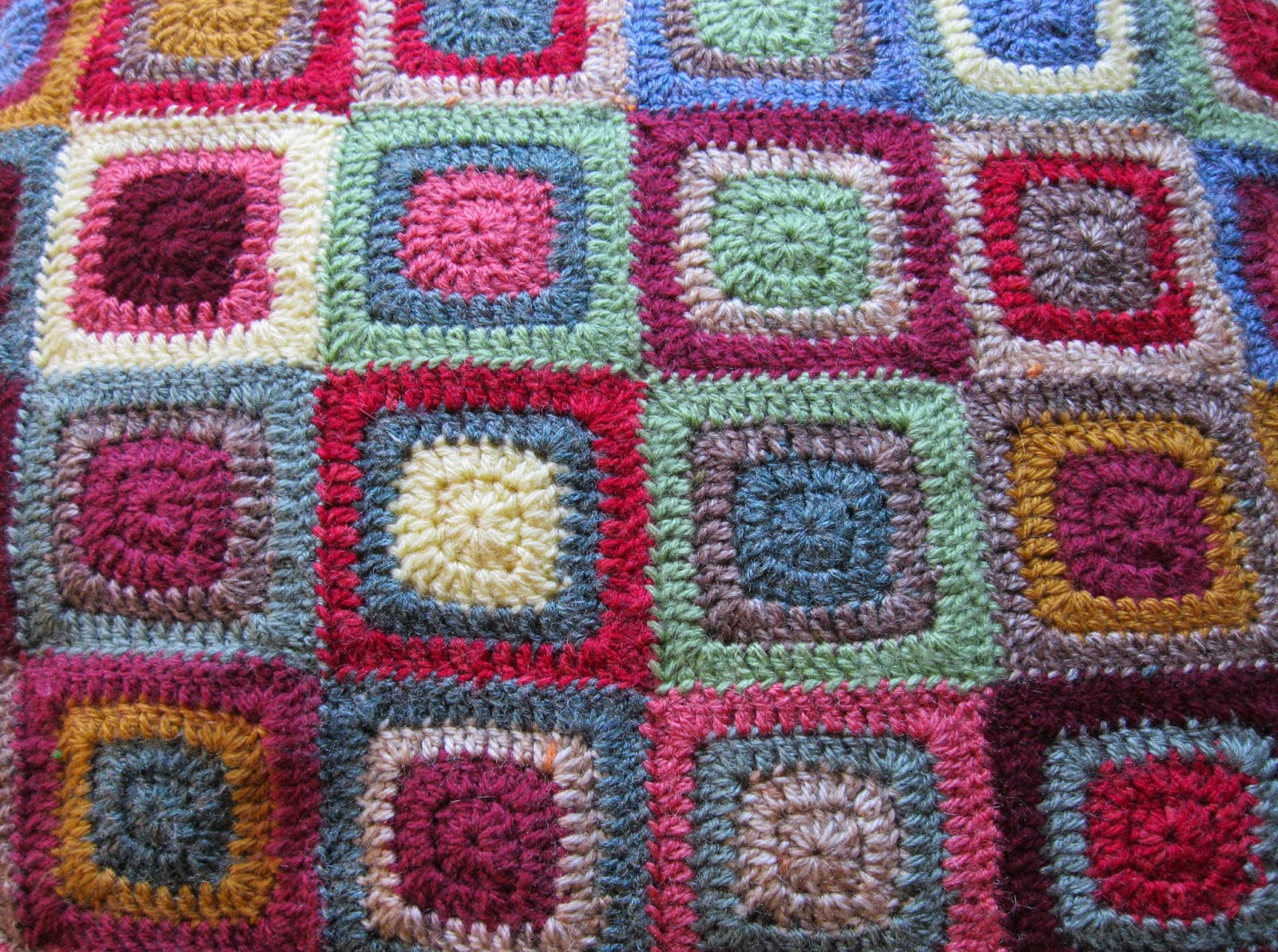 I decided to make thirty-six squares, though when I finished them I was worried they'd be too big when sewn together. Luckily it came out just about right in the end, and I did one row of single crochet (UK double crochet) in red around the edge to neaten it up. I thought it would be nice to try a different look for the back, so I did alternating rows of single crochet and double crochet (UK double crochet and treble crochet) using all the colours except the red, then I used that to form a border. I found enough matching pink buttons from the collection I inherited from my husband's great aunt, and then all I had to do was sew the two sides together and stick the cushion pad in. 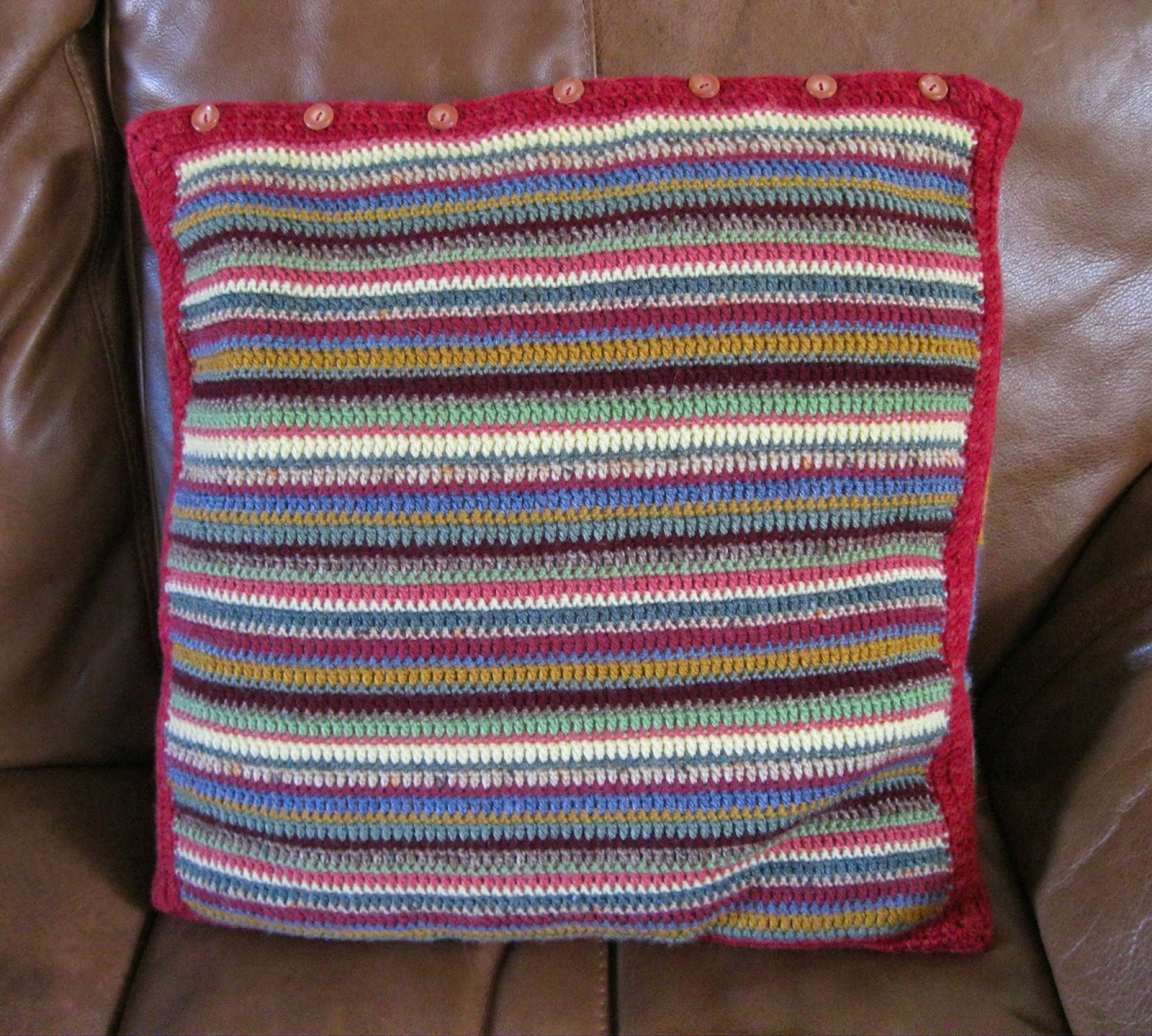 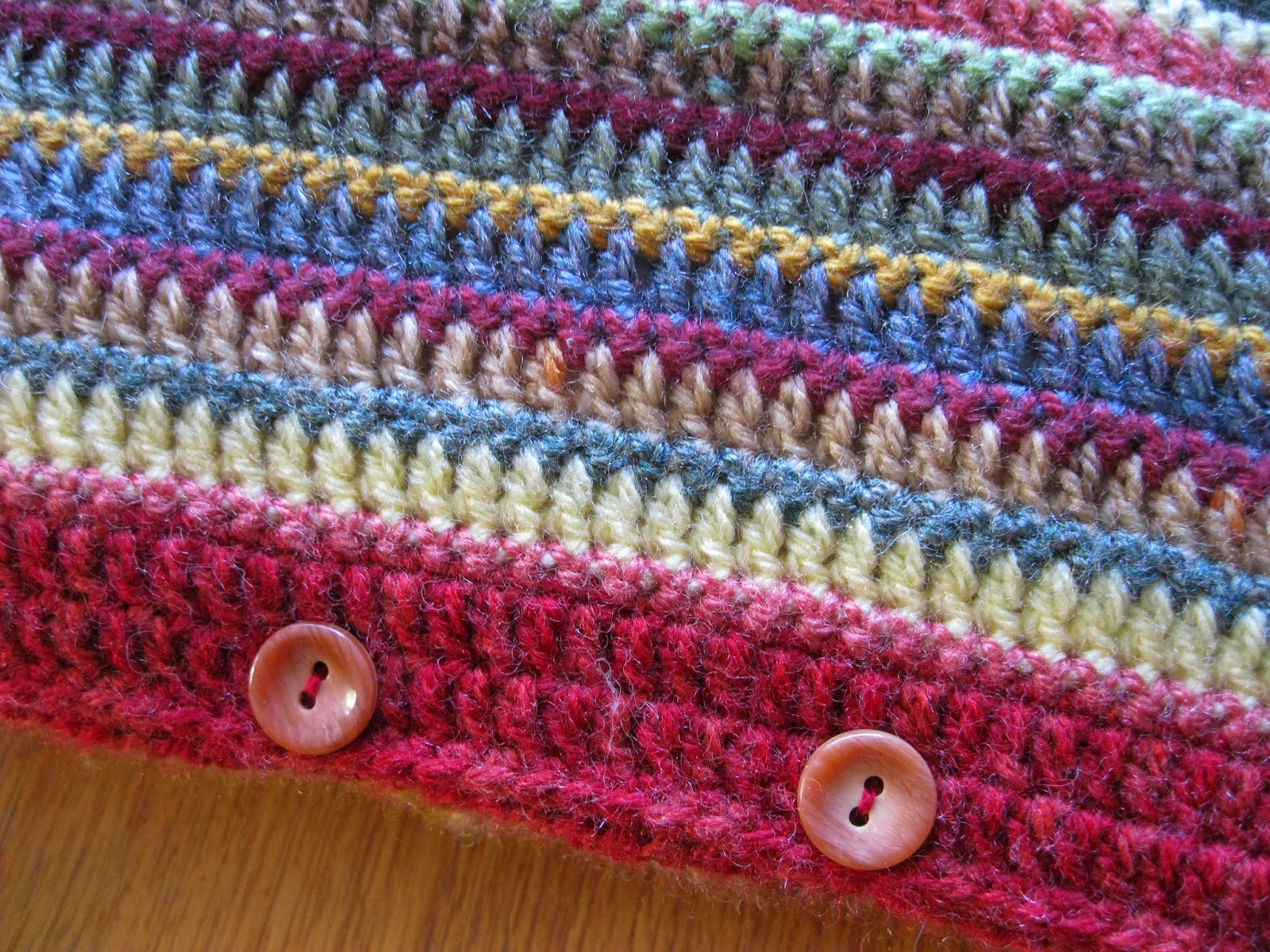 I'm really pleased with it, it goes nicely in the room, and my sons really like the fact that I made something to go in the house. Now I need to make a blanket - I've already bought lots of colours of Stylecraft yarn - so I'll have something to do with any spare time over the rest of the winter!
Posted by LucyRavenscar at 16:35

I love the chosen colours, muted but very warm. I also like the pattern change on the back. Very cool!