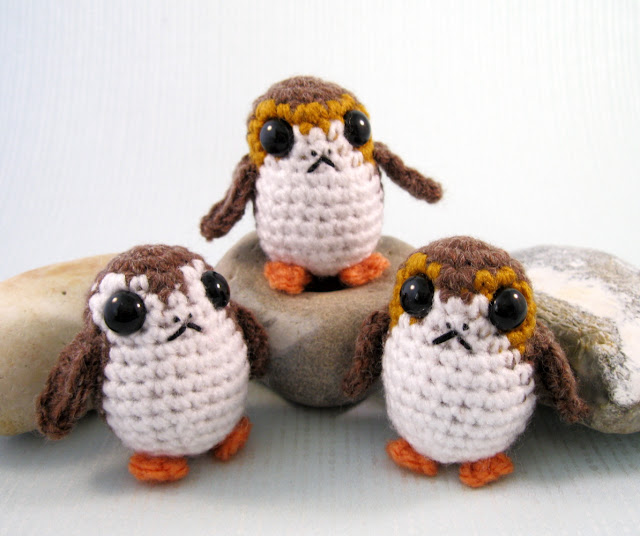 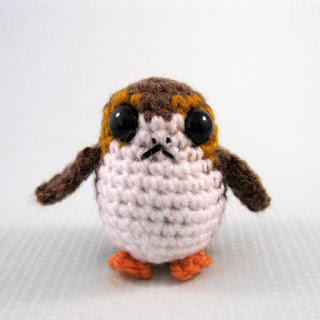 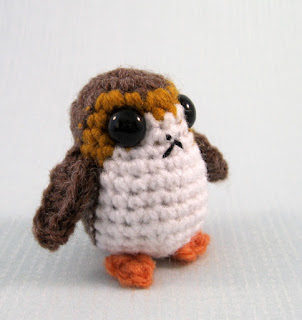 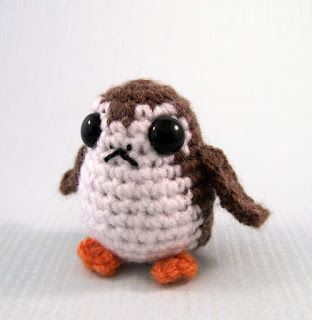 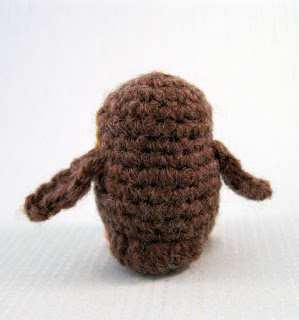 The pattern is available on Etsy and Ravelry, I hope you enjoy it.
Posted by LucyRavenscar at 17:42

Those are adorable. Haven't seen the new movie yet, but your previous Star Wars characters have always been big hits.

Yes! You are awesome. I finished Keylo Ren yesterday, it's the last project from your second book. I saw The last jedi and porg characters are adorable, thanks!
Best wishes,
Betto.

Are you going to do anymore Star Wars books?

I'm not doing any more books at the moment, I'll just have to see what the publishers want to do. What patterns would you like to see?

Please design a larger one!

I did start making a larger one, but all the colour changes are a bit of a pain when it's bigger. I'll have to work on to see if I can find a way of doing it that is easier.