Where I live, in the market town of Horsham, West Sussex, we have a lovely little local museum that regularly puts on all sorts of exhibitions. I recently saw a notice saying that they were planning an exhibition about knitting, crochet and other yarn crafts, and they were asking for items that people had created to include in the displays. I sent them photos of some of my things, and they asked if they could borrow a few, including my Daleks, alpacas, bigfoot and yeti, and my Roman soldier. I took them in a couple of weeks ago, and the other day I went to see the exhibition.

It was very entertaining, with a variety of items on display, but here are the things that caught my eye. They had four copies of famous artworks recreated using knitting, crochet and fabric, created by a group called The Materialistics. The group had made Klimt's The Kiss, Andy Warhol's Marilyn Monroe, The Great Wave by Hokusai, and The Scream by Edvard Munch. They all looked amazing, each was made by several people, and it made me wonder if I could create something similar. 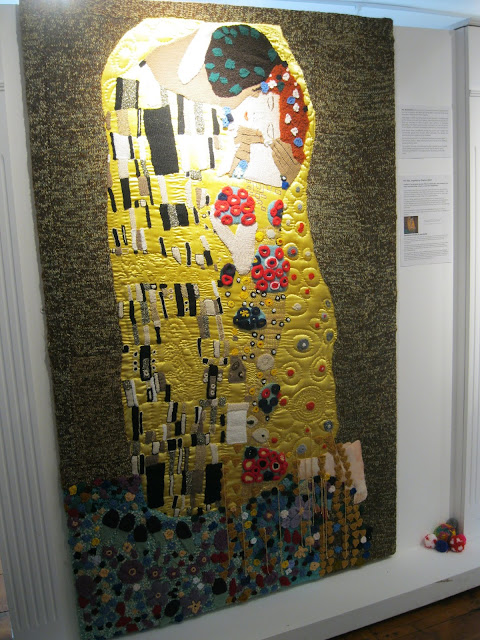 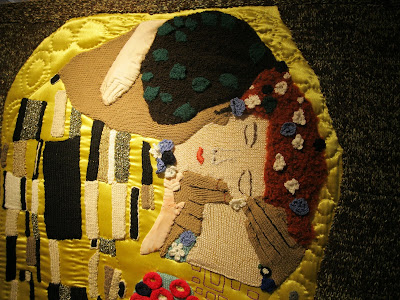 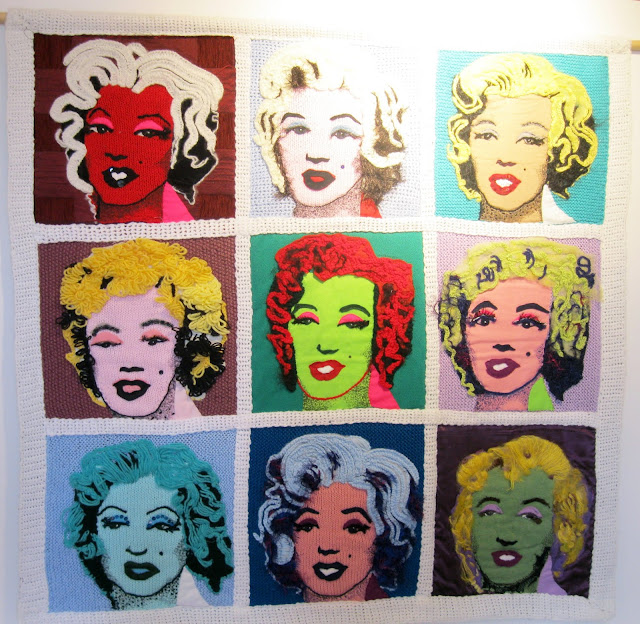 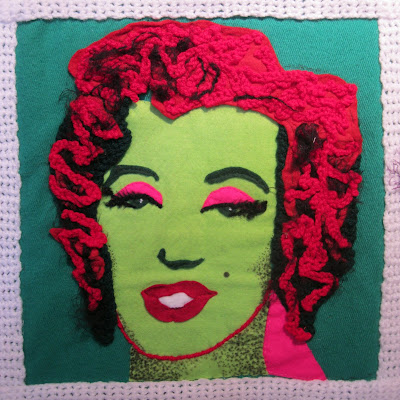 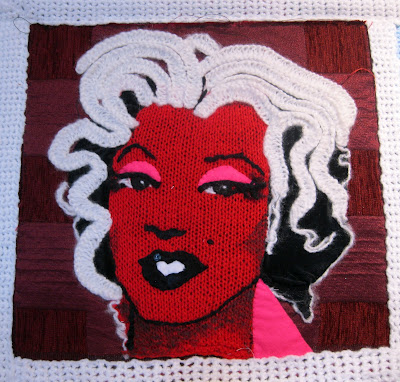 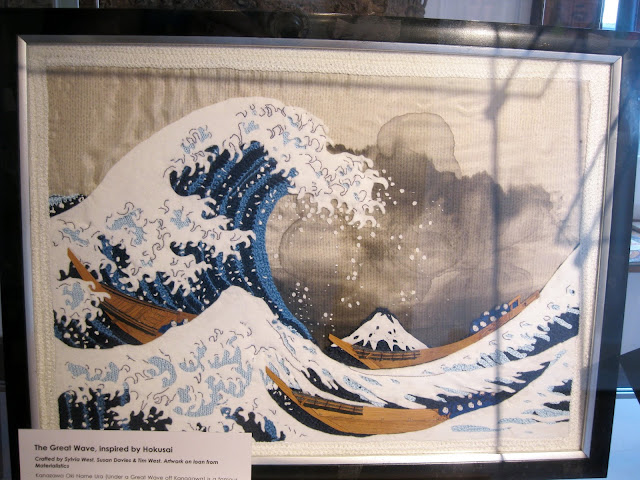 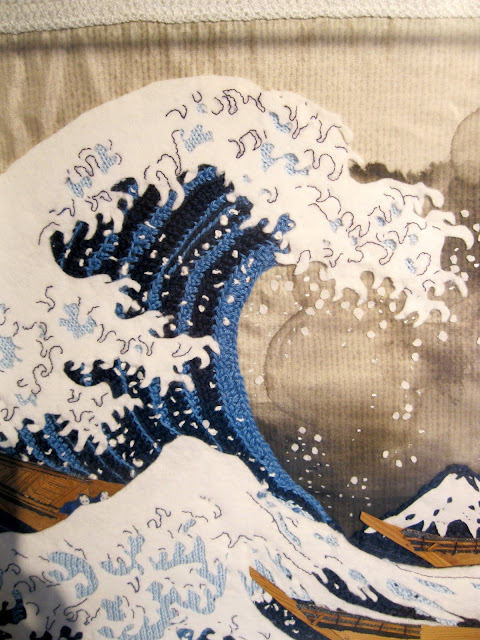 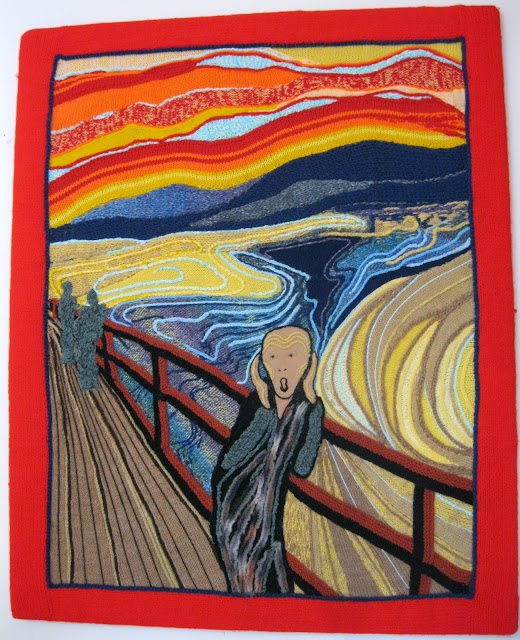 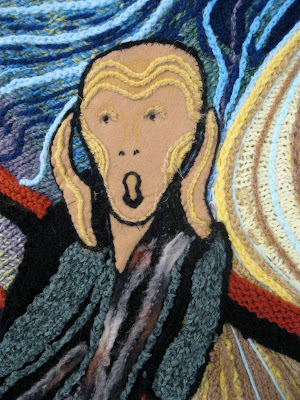 There was a collection of beautifully detailed moths, knitted by Max Alexander, which must have taken forever to complete. Much as I'd love to own one, they're a bit out of my price range, but she does make some lovely jewelry at more affordable prices, which you can find on her website Maxsworld. 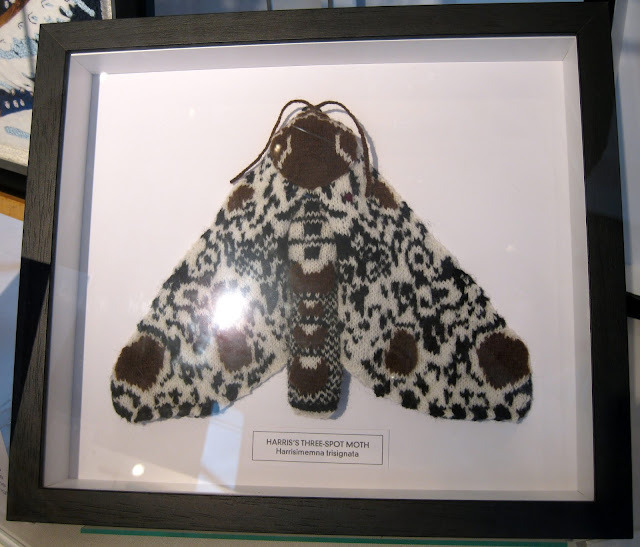 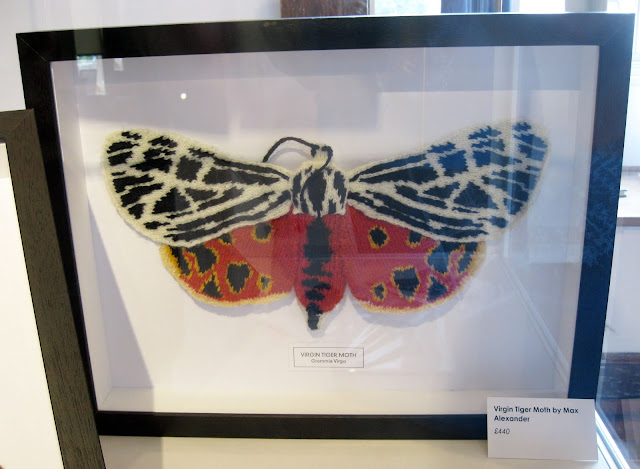 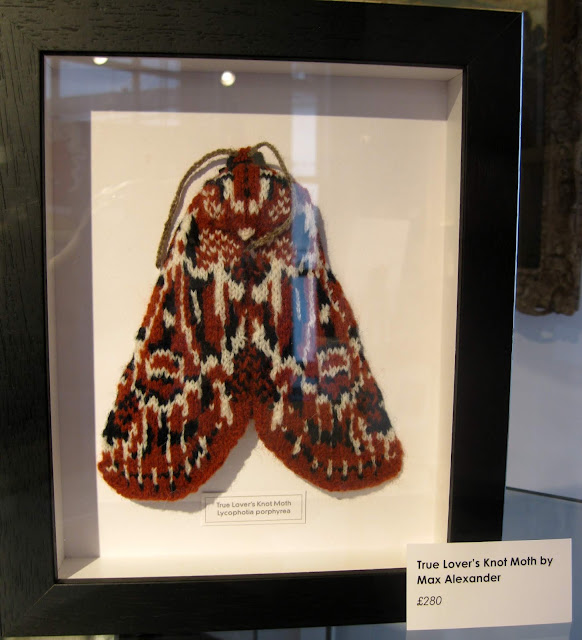 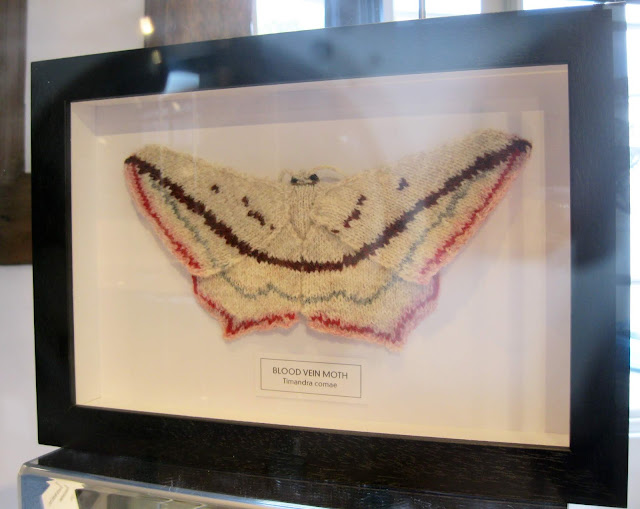 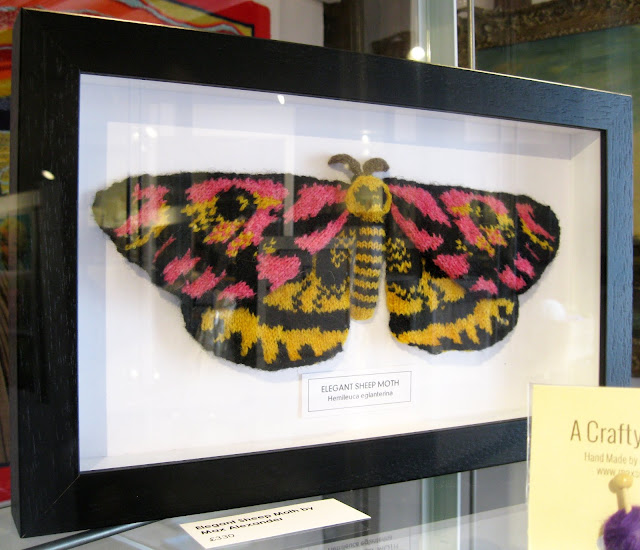 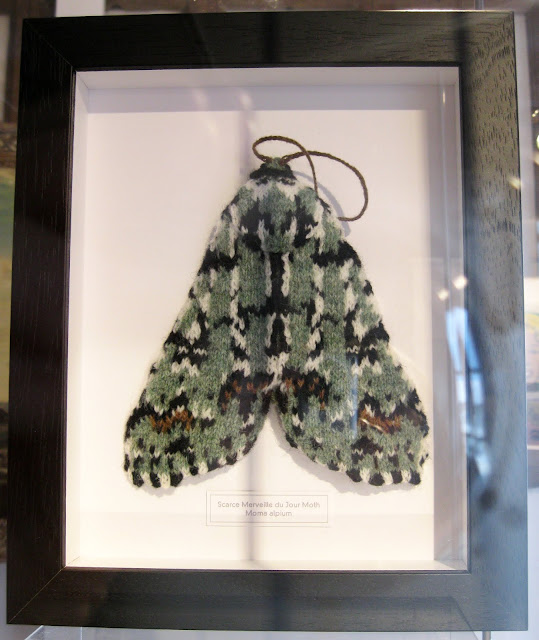 The museum had various vintage items on display, ranging from booklets about knitting and crochet, patterns, gadgets, and pieces that had been made through the years. I particularly liked this coat which had been crocheted from raffia in the 1950s. 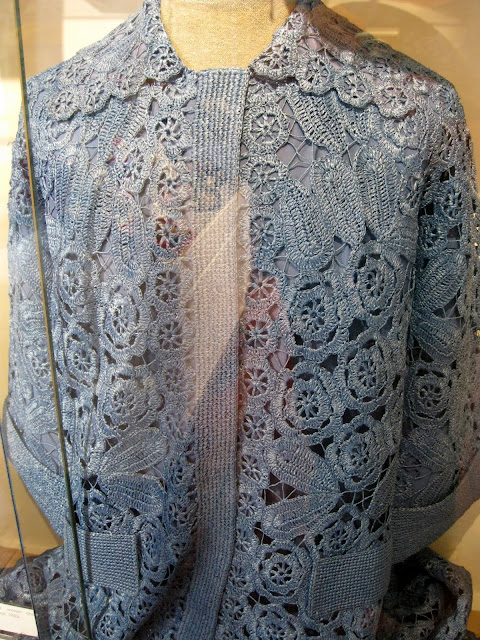 Of course, it was fun to see my items on display (even though my alpacas needed their hair sorting out!), along with other knitted, crocheted and needle felted pieces, including the traditional knitted toilet roll cover! 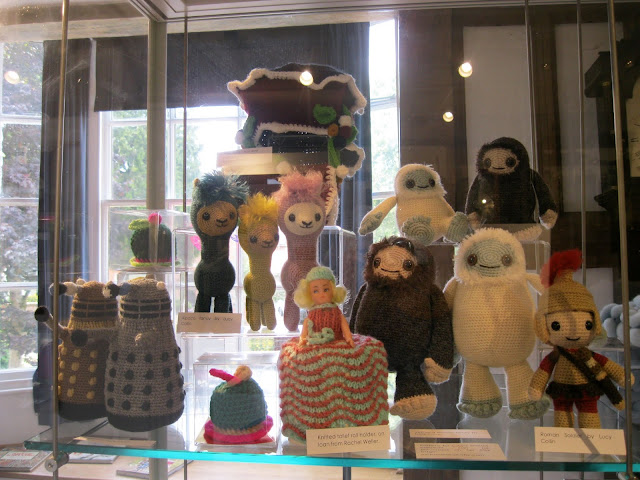 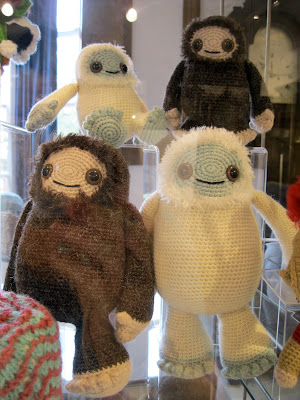 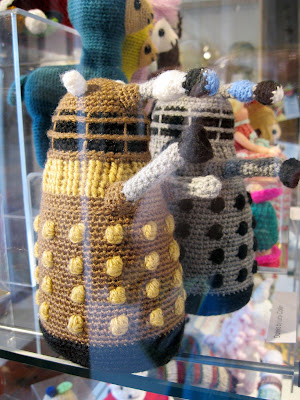 This was so fun to see! How neat to have your items on display in a museum! I love when I come on here to peruse your patterns (again) and find a new post

Amazing post with lots of informative and useful and amazing content. Well written and done!! Thanks for sharing keep posting.