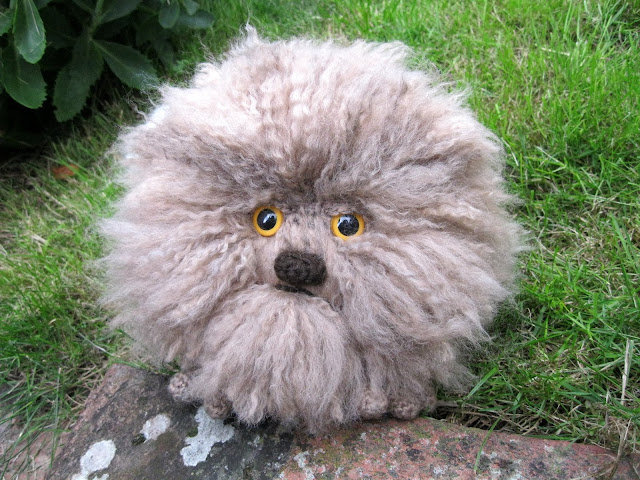 When I started watching The Dark Crystal: Age of Resistance, and knowing that I was going to the Into Thra exhibition in a few days, I just knew I had to crochet something to take along. The obvious choice was to make Fizzgig - I loved him in the original film, and members of his species (which is actually Fizzgig) obviously appeared in the new show, as I kept seeing them in promotional meterial. The only problem was that I had limited time to make him, and I was binge-watching the show in the same time. You'd think that I could make him while I was watching, wouldn't you? I mean, I normally crochet while watching TV, in fact my fingers start getting twitchy if I don't have a project on the go. However, Age of Resistance is such a visual treat that I couldn't risk missing any of it, so I had to crochet in the time I had between the episodes. 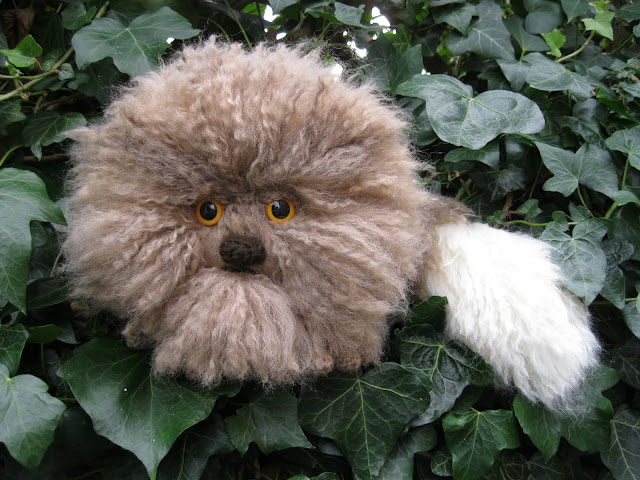 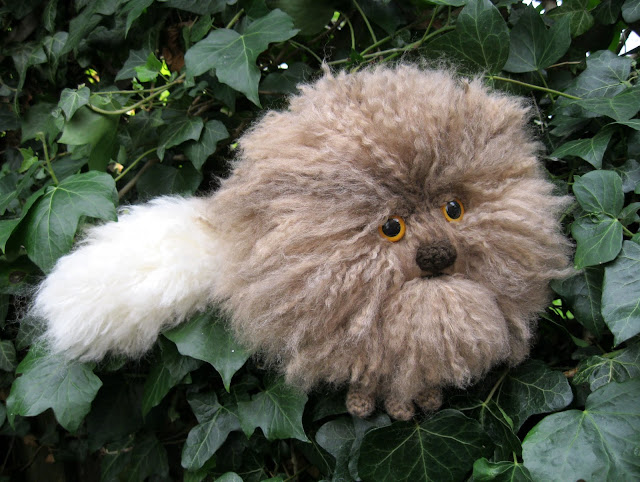 The basic technique I used to make Fizzgig was to use loop stitch which I then cut, and fluffed up the yarn using a wire pet brush. I wasn't sure when I started what direction to work in, because I didn't know which direction the fluff would go once it was brushed. I also had the problem that I only had one ball of the yarn I used, and loop stitch uses up a lot of yarn! I didn't bother to make him fluffy at the bottom to save on yarn, and I was really worried that I'd run out as I was making the tail and the feet. Luckily I had just enough, although annoyingly it seems that this colour of yarn is not being produced any more. 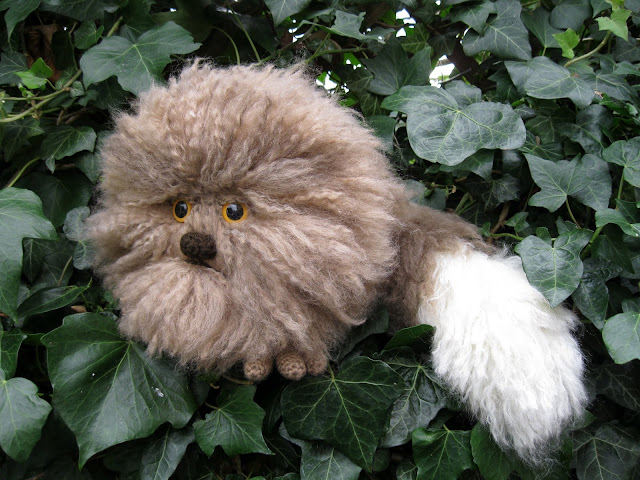 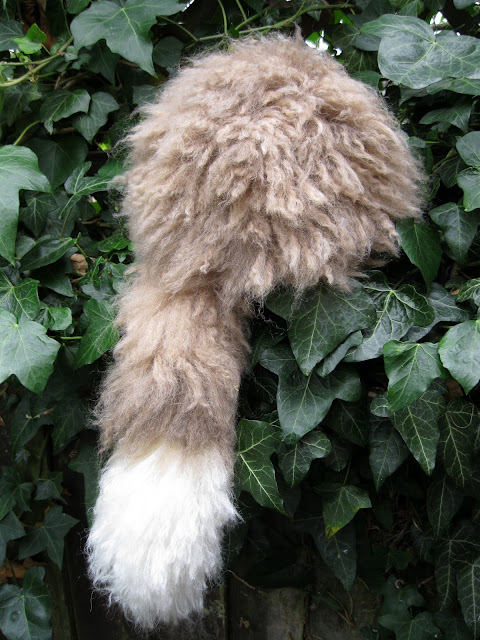 I've used the technique of making something furry/hairy by using loop stitch before, but only on much smaller pieces, like the beards for my dwarves, so it was hard to know how well it would work. I was also unsure of how to make the face, but it turned out that just inserting the eyes and sewing on the nose and mouth flattened the fur in that area so the face can be seen. I did think about making a version with an open mouth, or even a puppet version where I'd be able to operate the mouth, like the monster I made a while ago, but I figured that would take longer to get right, so I stuck with a Fizzgig with a closed mouth. 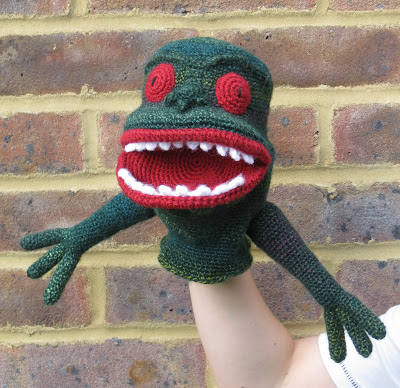 Strictly speaking Fizzgig have four feet, each with four toes, but being limited for time (I was sewing the feet on at 11.00pm the night before I went to the exhibition) mine only has two feet with three toes. Size-wise he ended up larger than I'd planned, nearly lifesize, when I had intended him to be much smaller (maybe large grapefruit size) so he'd be easier to fit in my bag, but that's what happens you make something so fluffy!

A few small issues aside, I'm really pleased with him, and I'm so happy with the way the texture of his fur looks. He's very tactile, and I love stroking and cuddling him. His slightly grumpy face also reminds me of my dog! 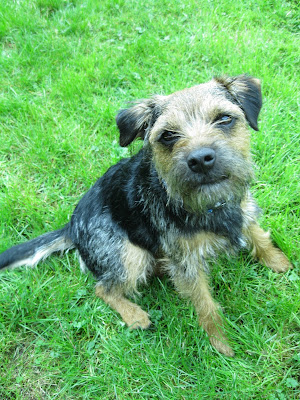 Is there a basic pattern for this please? I now also need to learn how to crochet too...I only pompom Craft currently. Pom Fizzgig in production by Wednesday! Thank you very much.

I will be working on a pattern, I need to check out some different yarns though, since the one I used isn't available anymore.