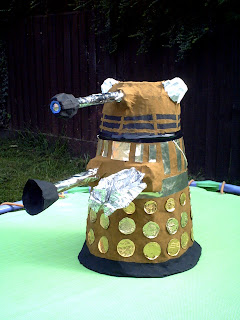 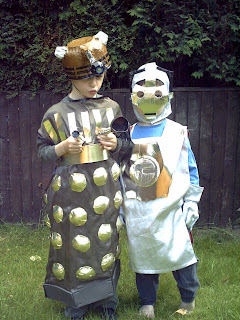 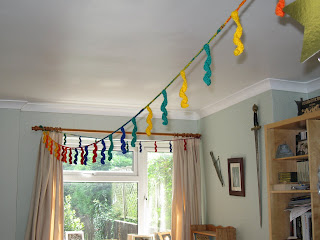 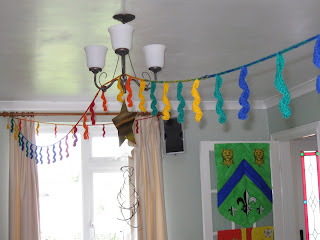 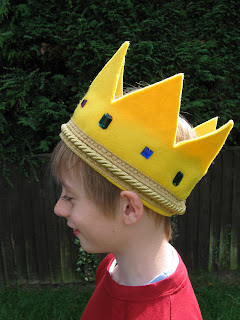 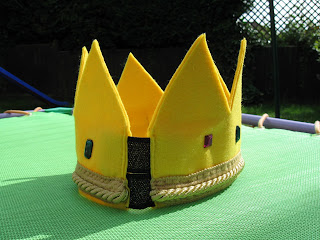 He loved it and wore it all day, and has worn it several times since, so I was really pleased with my last minute crown.
Posted by LucyRavenscar at 19:34

you could use tacky glue to glue the crown points if you have that where you are. I don't know if it's only a usa thing or not. But the stuff hold awesome for thiggs taht aren't going to be washed.

I used a strong clear glue, that might be the same sort of thing. It stuck the felt together just fine, but I think it would look neater and perhaps be more hardwearing in the long run if I sewed around the edges.