There's a brand new pattern in my Etsy shop, a cute little Roman Soldier, with a choice of three different styles of armour. I've been working on this new pattern for a while now - I made the original way back in 2011 as a Christmas present for my nephew, who was really into the Romans. I was also a bit inspired at the time by Doctor Who, which featured the character Rory becoming an immortal Roman. I started to work on turning it into a pattern earlier this year but I got a bit side-tracked by various other projects. However, now I've finished all the work on it, and it's ready to buy. 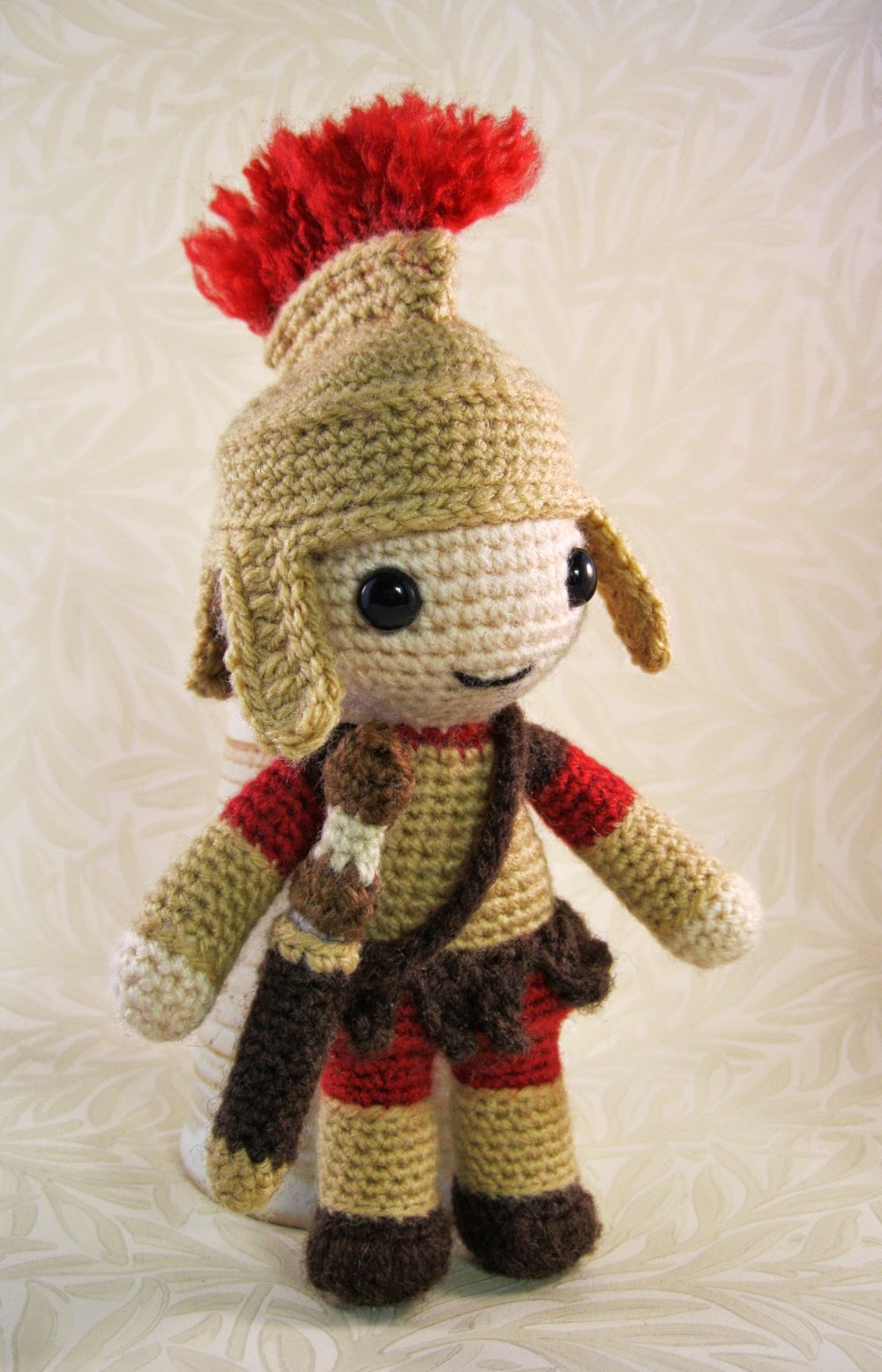 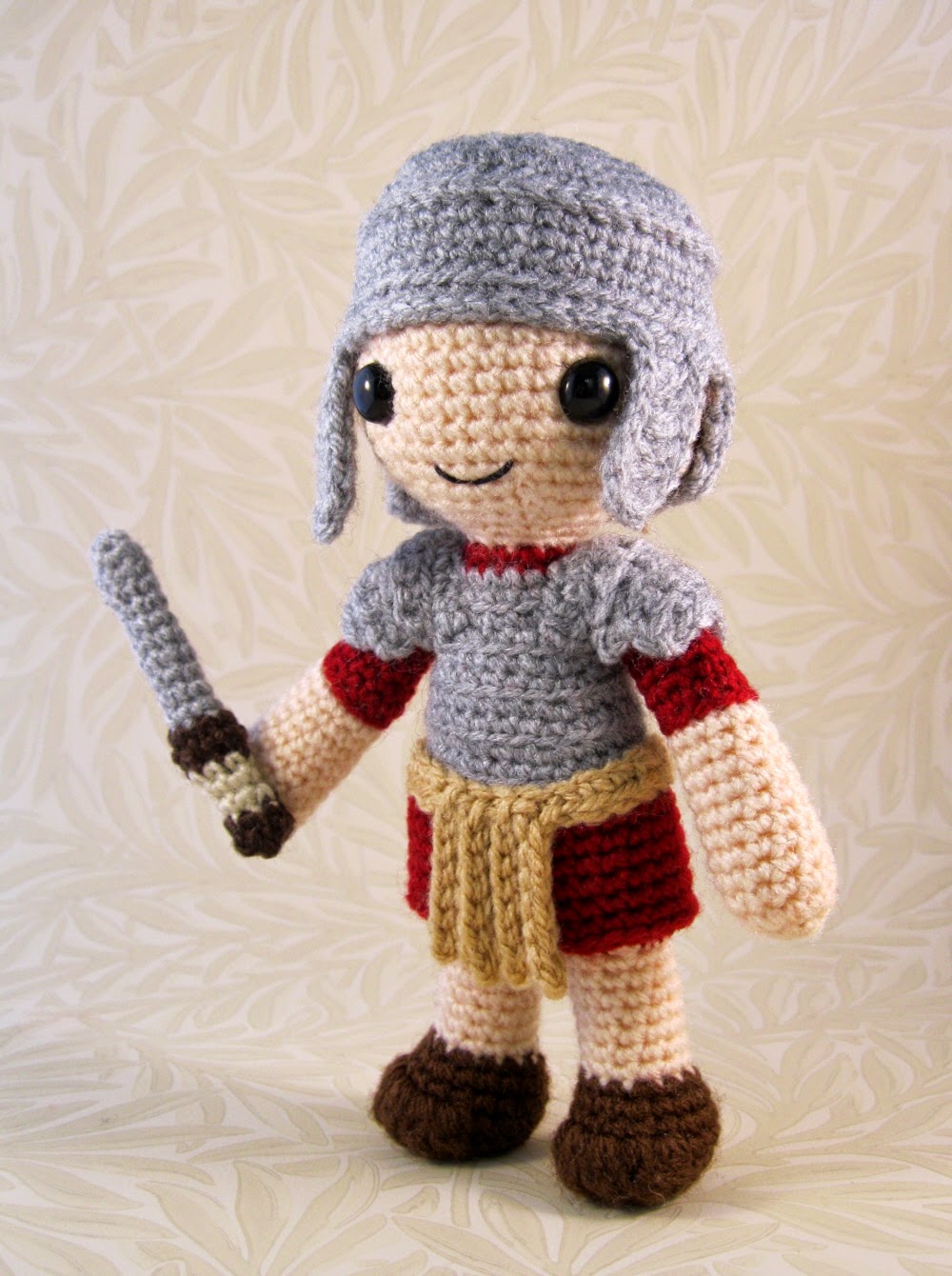 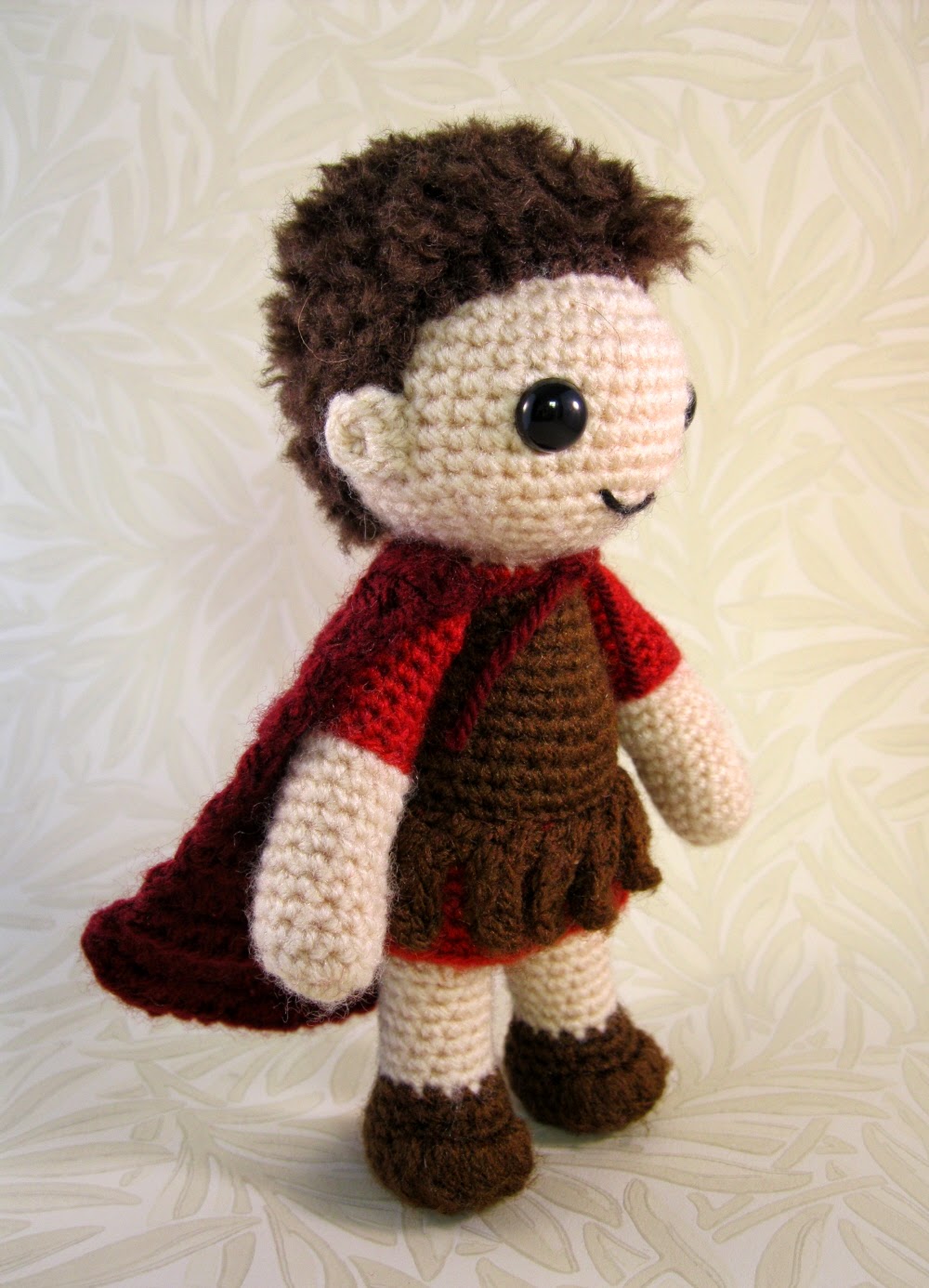 The pattern lets you make a Roman Soldier, about 6.5" tall with a choice of three different styles of armour. There are also details to make a helmet, a sword and scabbard, and a cloak. 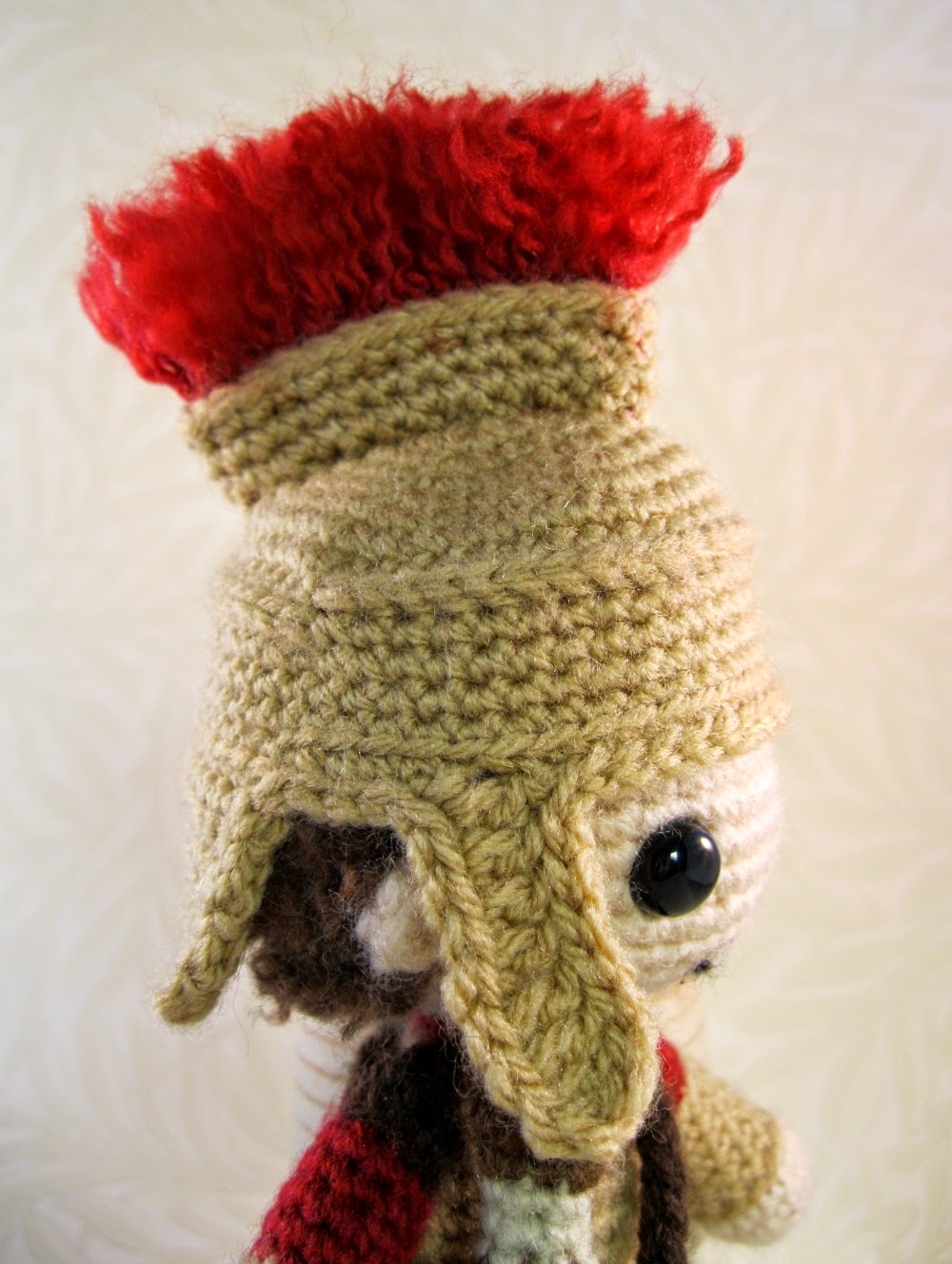 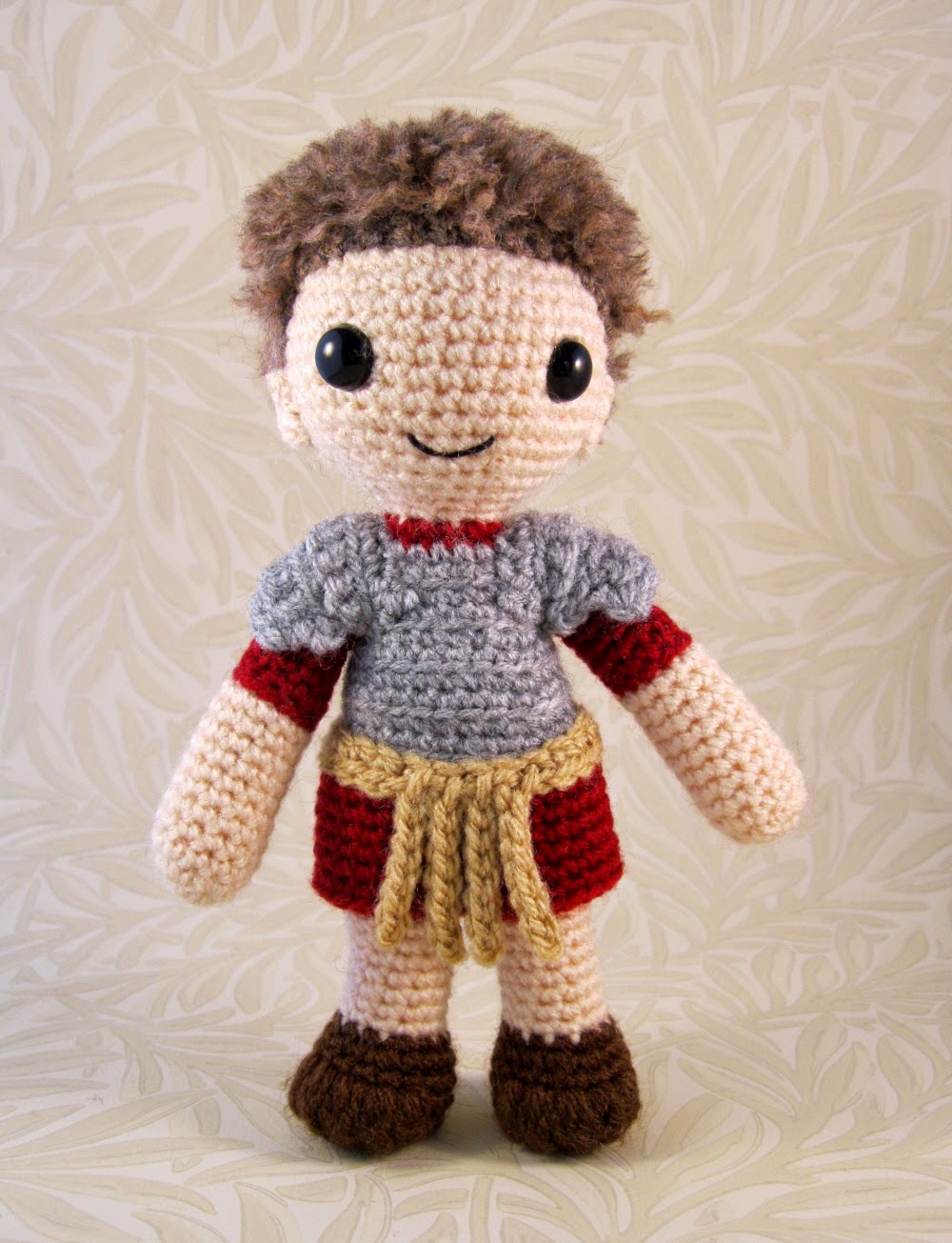 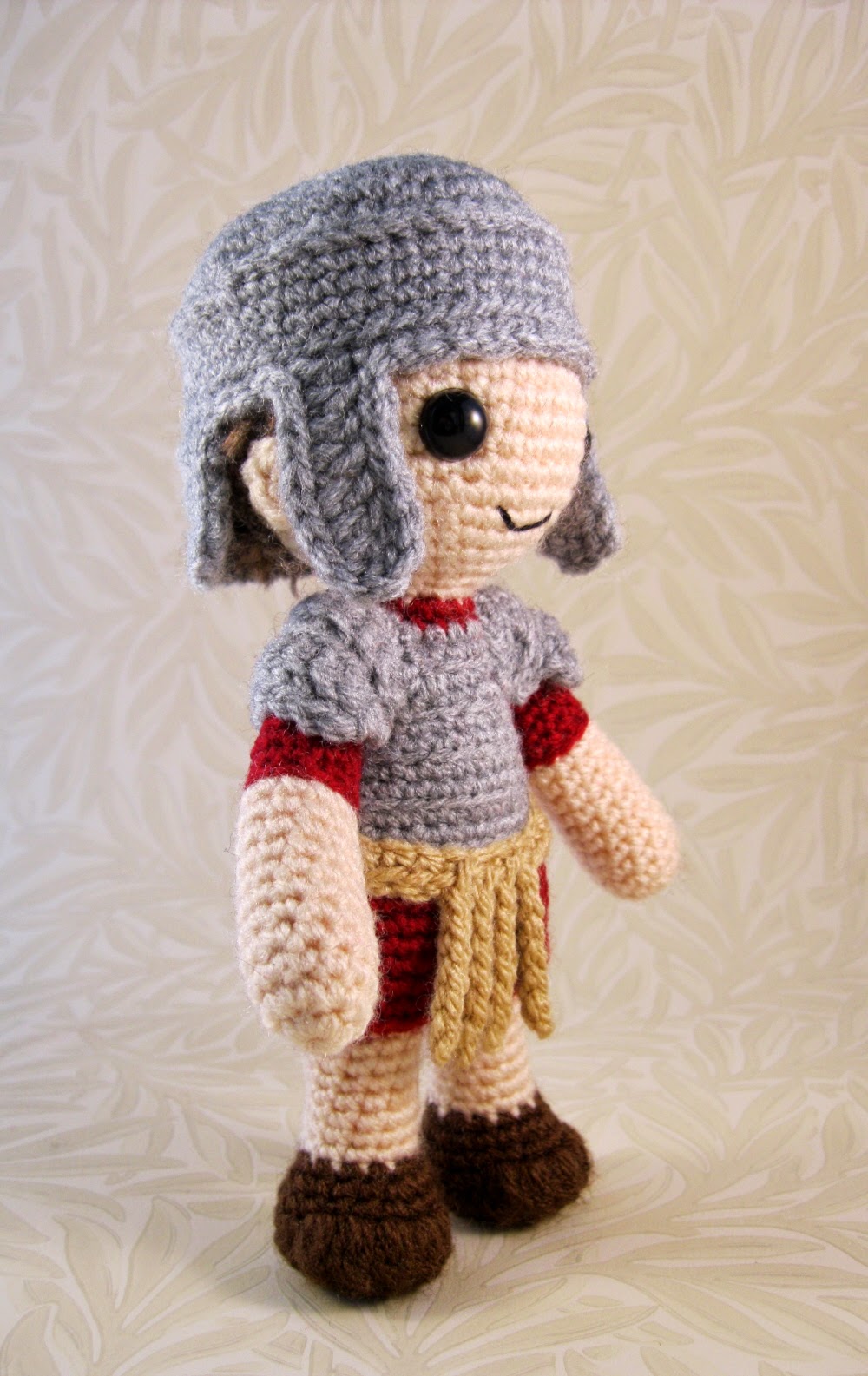 Living in Britain, I've always been interested in the Romans, who left an indelible mark on our country. We live quite close to two Roman villas, and I've really enjoyed taking my boys there, especially when they have re-enactment groups showing off their outfits and moves (and their legs!). 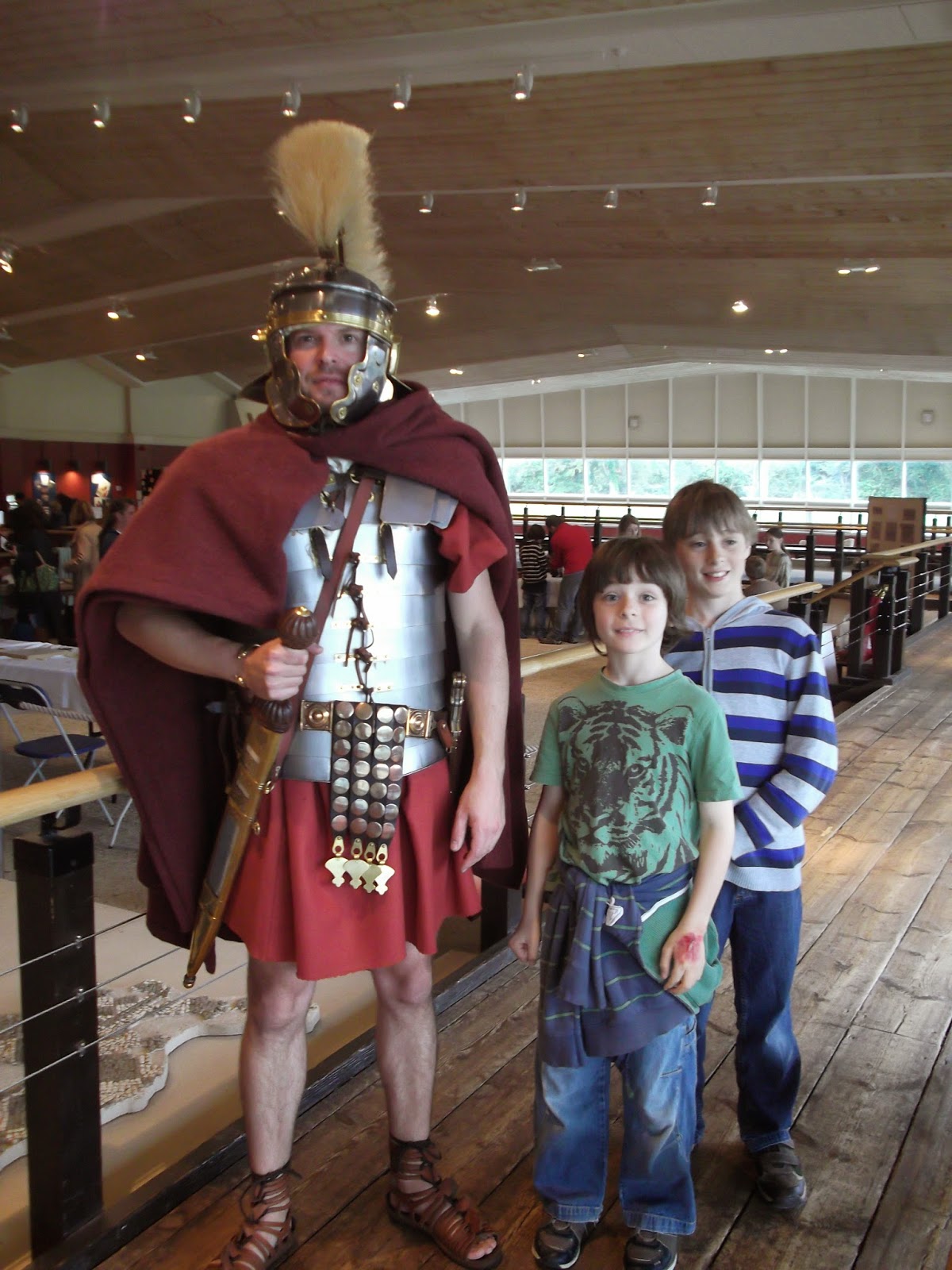 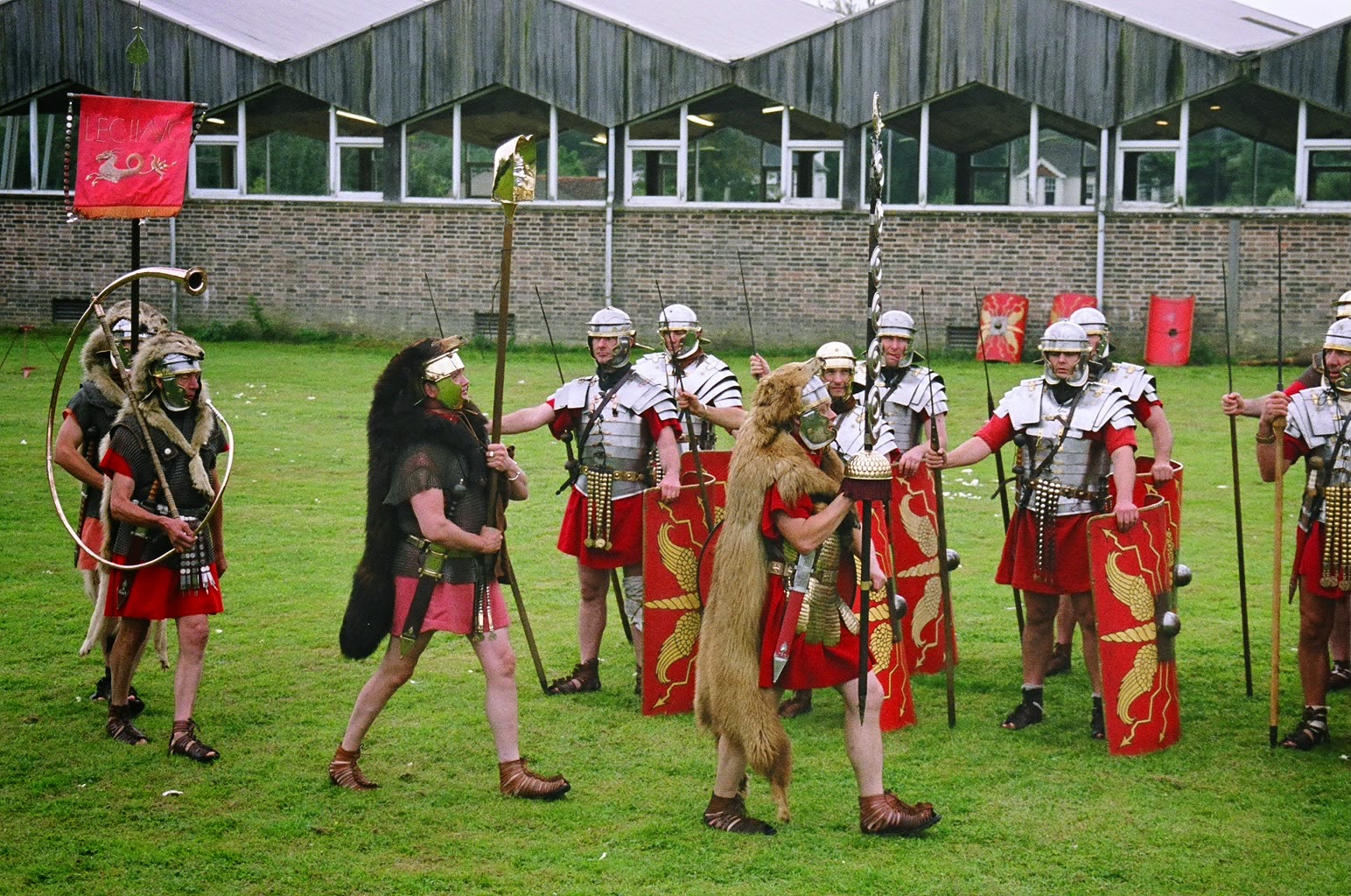 I think my little Roman would be prefect for anyone who's fascinated by Roman history, young or old, or for any Doctor Who fans who loved Rory in his Last Centurion persona. 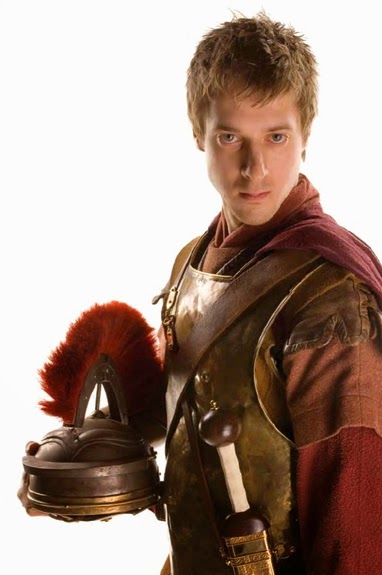 It is too cute!!!
I've done several Totoros using your pattern and I have to say it was a pleasure to follow the instructions... and everybody receiving one was amazed by them! So thanks for sharing! I did post the pictures with a link to your blog!

As for the soldier, I am thinking about buying it... may I ask how big the head is? Increasing up to 42? (I use super fine yarn and if it is too small it will be hard work..)

Ana, your Blue Totoro is beautifully made, and I love the photo where he's sitting with the conkers and autumn leaves.

The head of the Roman soldier increases up to 39 stitches, so not much smaller than you thought.

Wow those are adorable. I loved that Dr Who episode. It made me cry, when Rory waited hundreds of years for Amy.

Thanks! Rory was a great character, and I also loved when he turned up at Demon's Run in his Centurion outfit to rescue Amy.

Hello! Where can I buy the roman soldier made? (Finished product)

I'm afraid I don't make the finished toys, I only sell the patterns.

Really late, I know you posted this a while ago. But, just wanted to tell you that I am teaching myself to crochet because of this pattern. It is so perfectly Rory. I've wanted to learn for a while, but as soon as I saw this I was like "Yup, I'm going to learn." And now I am :3 As soon as I have enough confidence in my skills, I fully intend to buy this and make myself a Rory doll. So, thank you for that! :D

That's really cool Jennifer! I must admit, this isn't the easiest pattern, so you'll need to practice on a few more easy patterns first. And just ask if you have any problems when you start making the Roman.