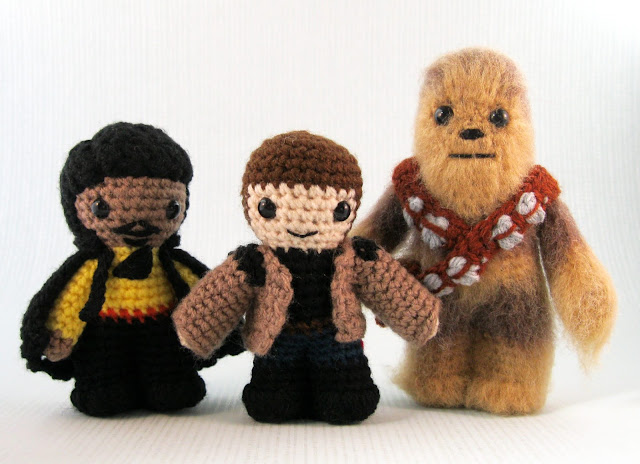 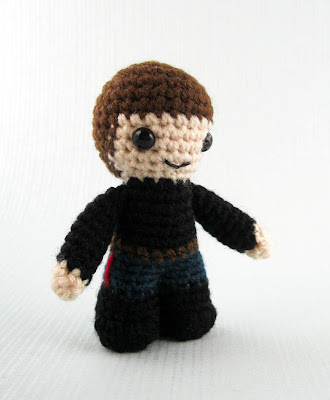 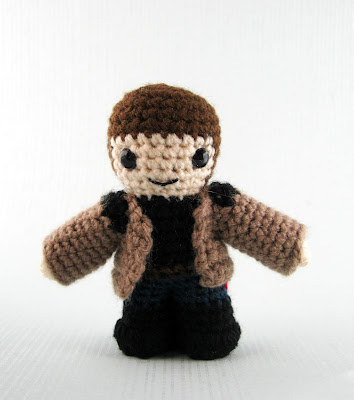 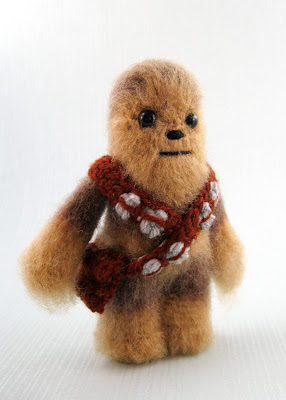 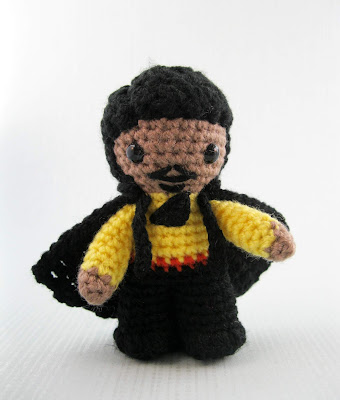 Dangit I was gonna make a young Lando based off your pattern but you’ve already done it. ;-;

Lucy,
I LOVE your work! Thank you for creating the Star Wars kits and books. I have two grandsons who are anxiously waiting for ALL of the characters to be created as I have BOTH kits. I have a question that is not clear in the books, which has caused me to searched for you online so I could ask.

"Whose yarn do you use in making the characters?" The yarn weight in the kit does not seem to match anything I normally use. Everything I have seems to be slightly larger. Thank you! My grandsons thank you, too.

Fantastic creations that look fun to make and just like the film will never go out of style. Keep up the good work.

What size eye beads are in the box?

I apologise for not replying to the last few messages - Blogger is not sending me notifications of new messages any more. I think I've sorted that, but if you leave a message on here and you don't get a reply you can contact me via Etsy messages (https://www.etsy.com/shop/lucyravenscar) or Ravelry (https://www.ravelry.com/designers/lucy-collin-2).

If you want information about the yarn I used for the Star Wars patterns check this post: http://lucyravenscar.blogspot.co.uk/2015/12/star-wars-crochet-yarn-used.html