Last year I was contacted by a lady asking if I would make a custom Star Wars amigurumi for a friend. Well, I don't normally make the toys, only the patterns, but when she said her friend had actually appeared in the original Star Wars, I couldn't refuse. Her friend is Pam Rose, and she played an alien in the background of the Cantina scene, called Leesub Sirln. I must have seen the character lots of time creating part of the atmosphere of the Cantina, but I wasn't quite sure what she looked liked so I went to her website to check - a beautiful leggy alien with a large head. 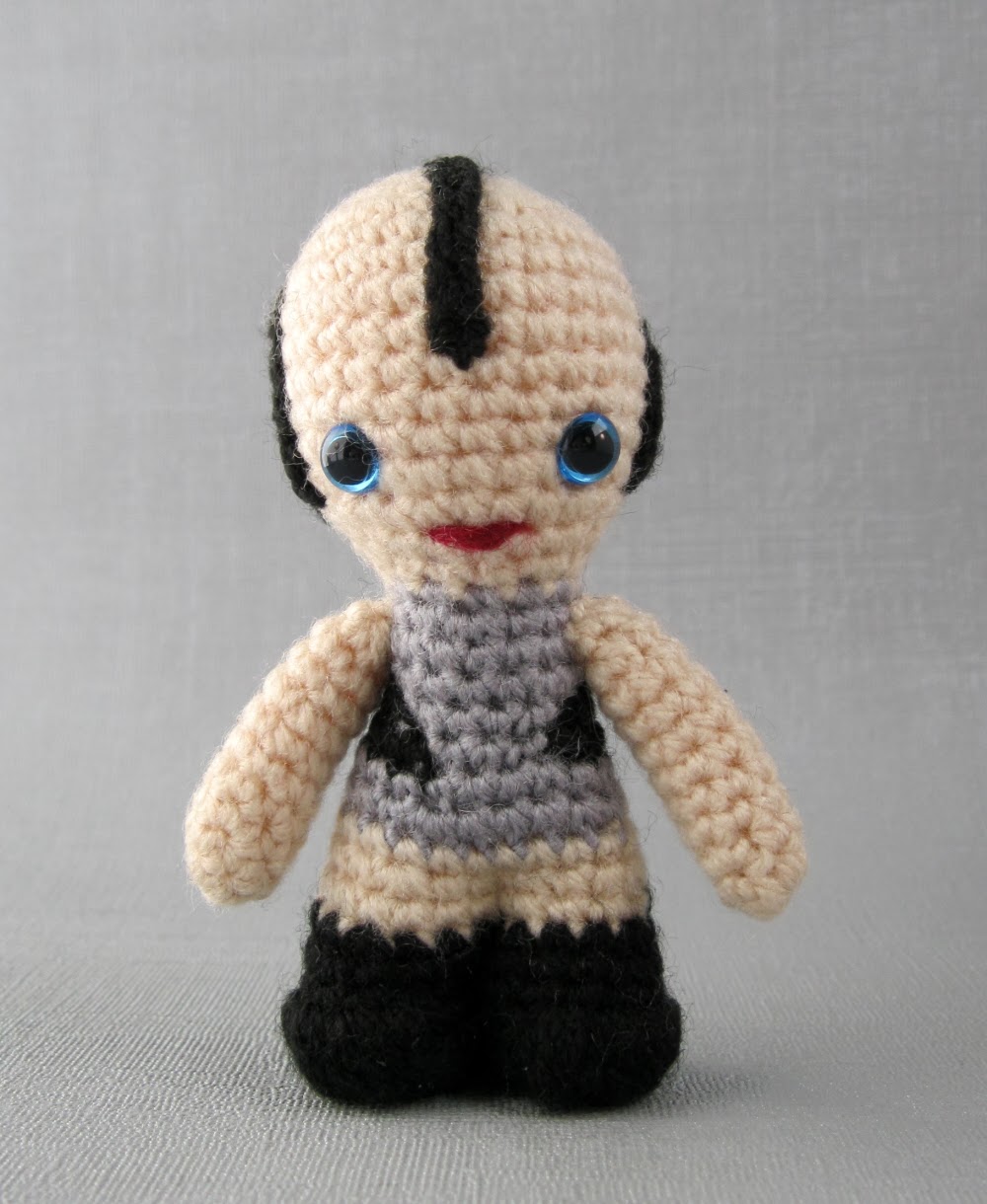 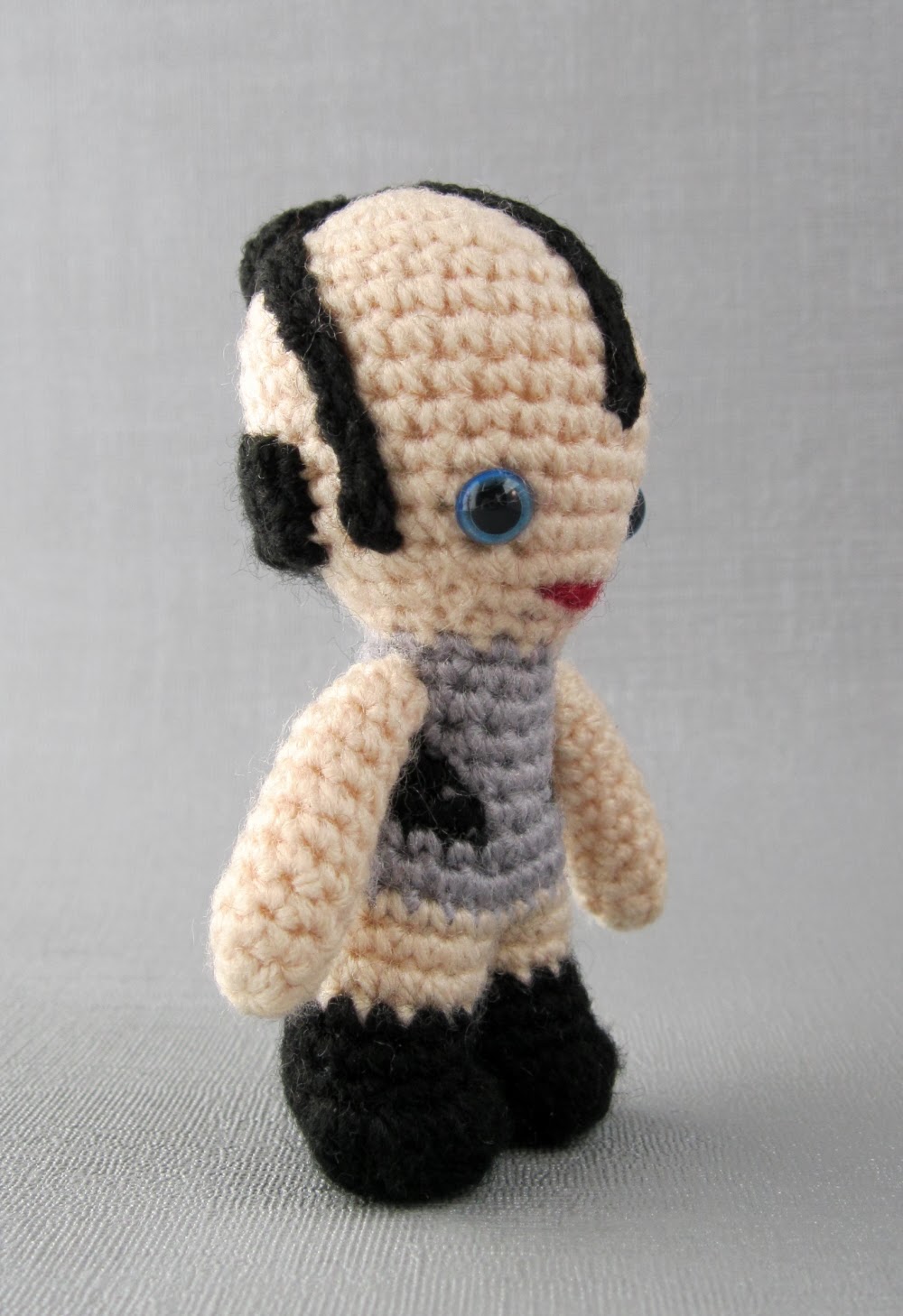 I made the amigurumi to the same scale as my other Star Wars characters - getting the head just the right shape and working out the unusual hairstyle was an interesting challenge, and it wasn't easy to get the detail into her minimal costume, but I think I did it. 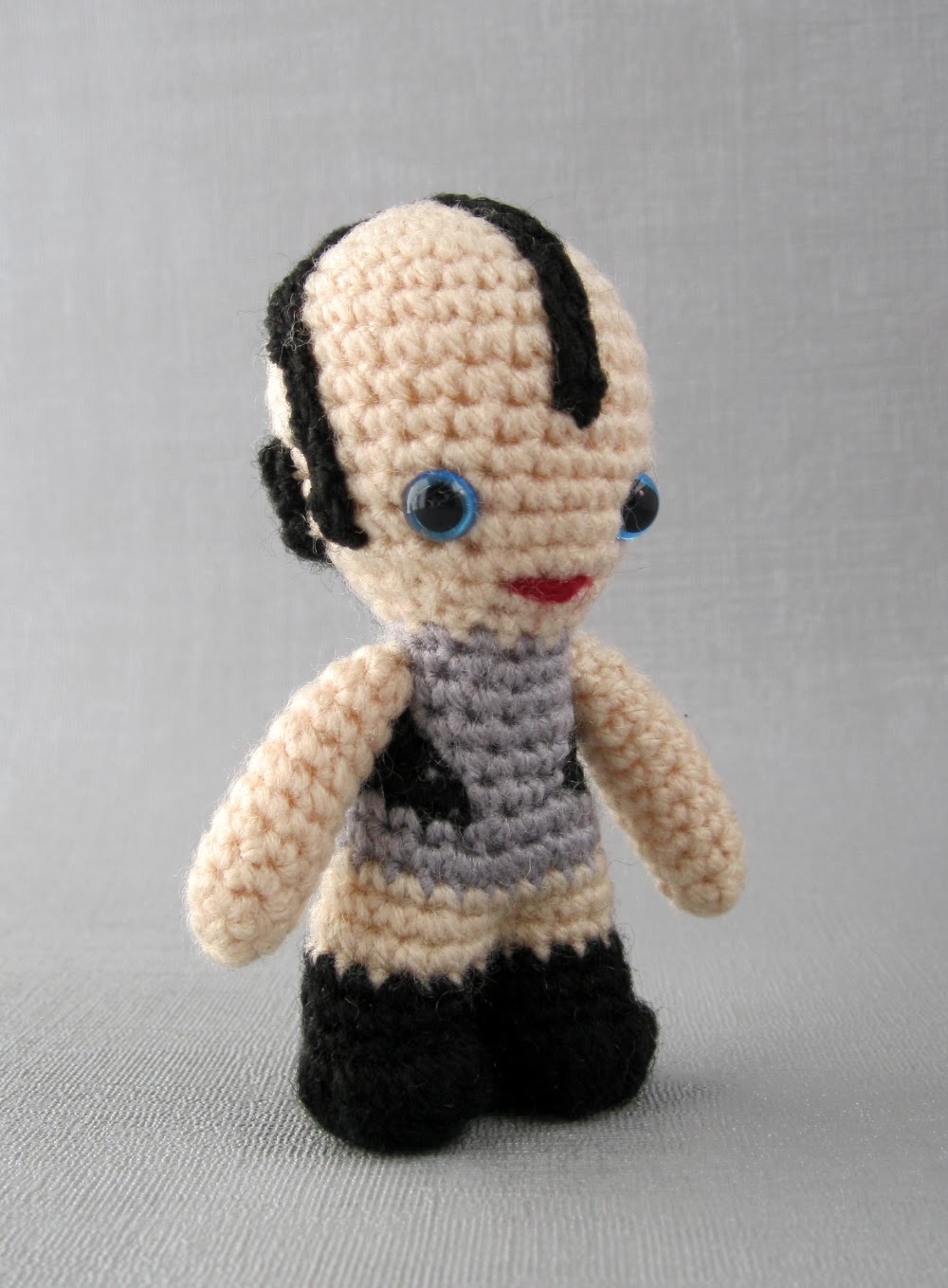 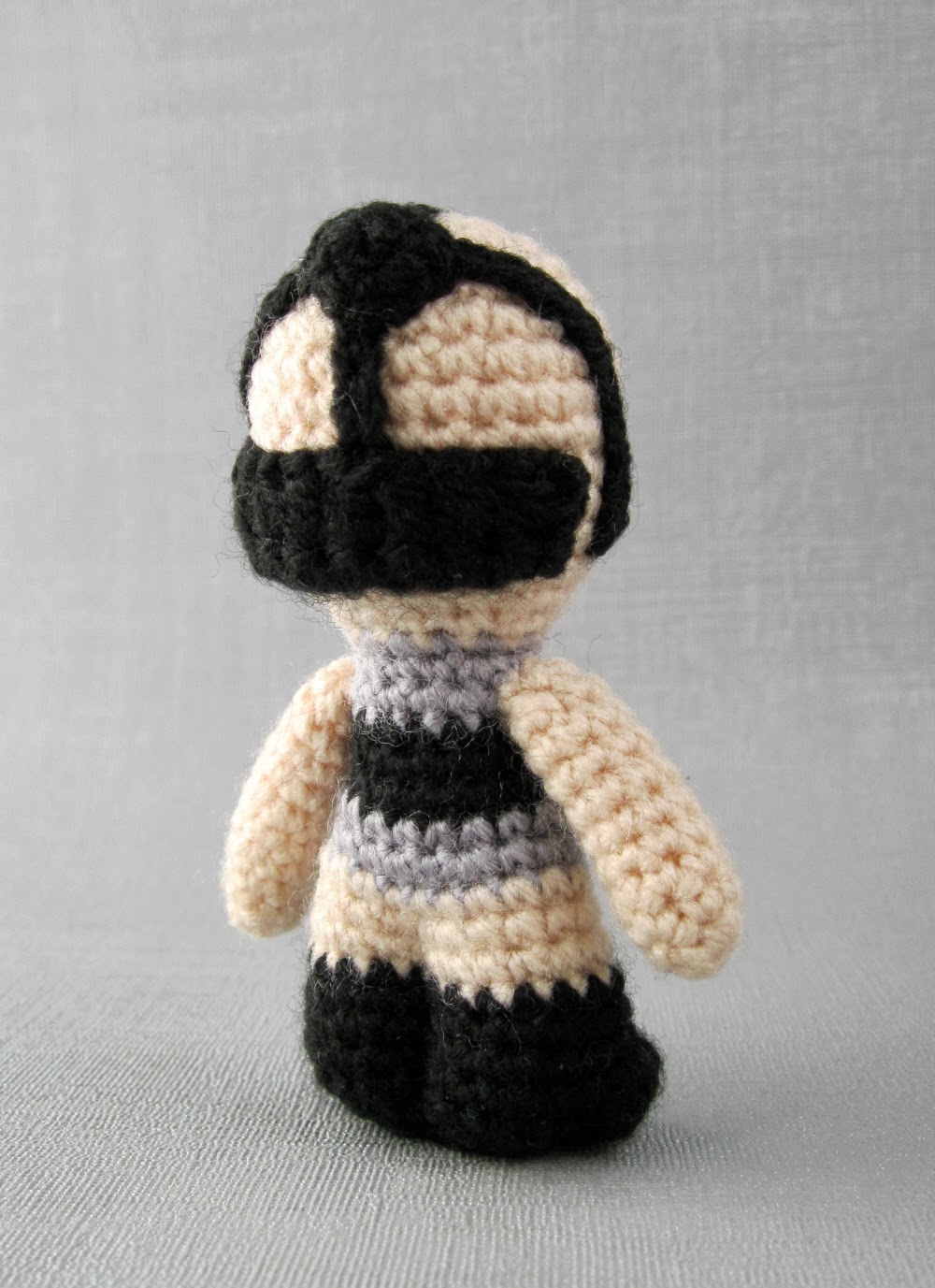 Mini Leesub was given to Pam for Christmas, and apparently she was very pleased with it. She very kindly sent me a signed photo, and I'm very happy to have made a figure for the person who actually portrayed the character! 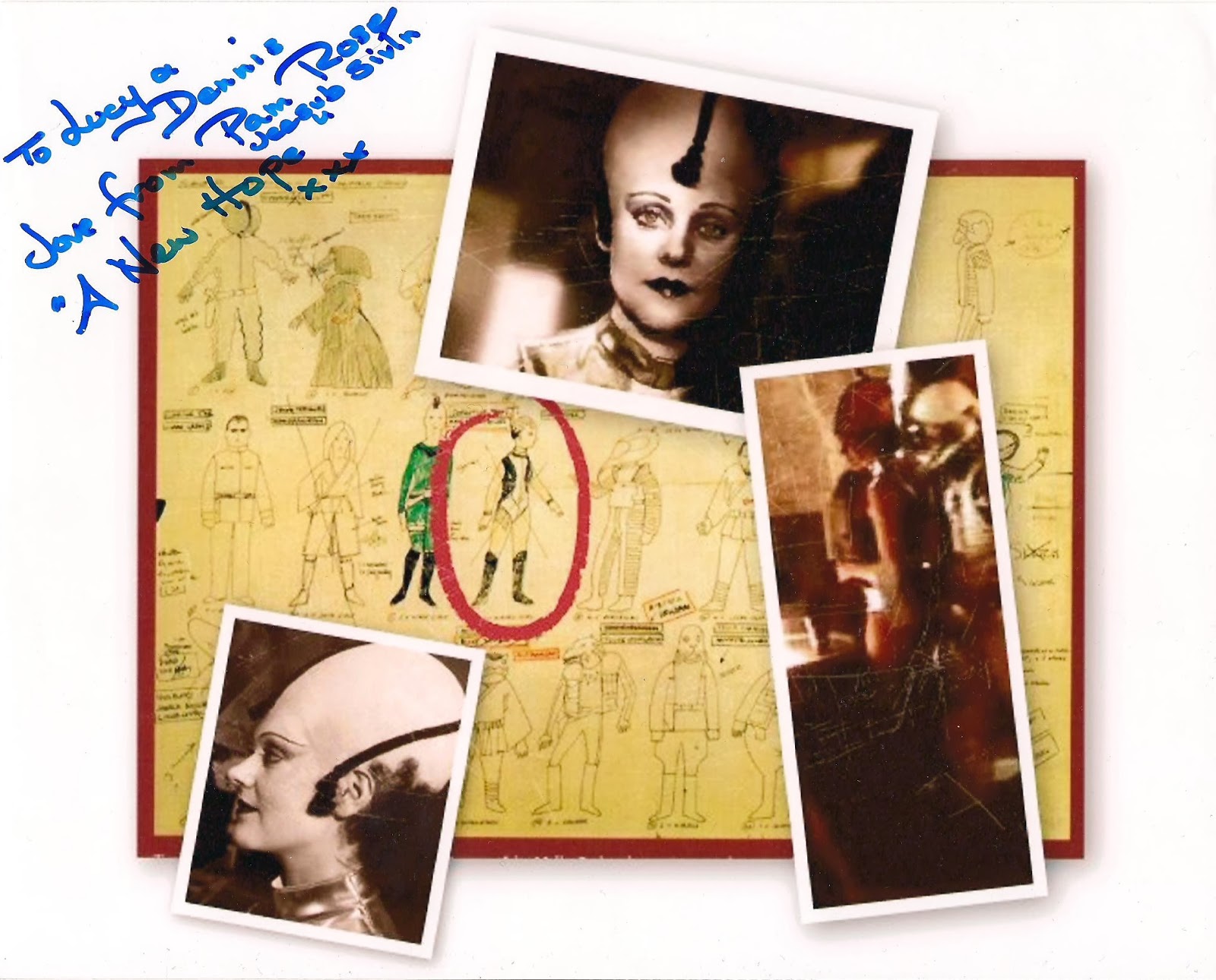 How cool is that! She was such a lovely alien.

Will you make the pattern available? Would love to make her.

Awesome story. I wish something like that would happen to me someday... <3
Also, the amigurumi is great! I love how you managed the details ;)

I don't know the character but it looks great and you can see how much love you put into this amigurumi. I like it very much!

Thank you! Strawberry Sun, I didn't know if anyone would be interested in a pattern for a relatively obscure character, but I'll certainly work on it if people are interested.

She is fabulous! I followed the link to her webpage & scrolled through the pics. You captured her extremely well :)

Did you happen to notice the picture of her "relaxing on the set"? She's knitting! LOVE IT!

Finally picked up the 1st set of Star Wars ami & made Yoda. I JUST LOVE HIM! Thanks :) and May the 4th be with you, Lucy

Thank you! Yes, I saw the photo of her knitting (I think she might crochet too), very cool seeing it done on the Star Wars set!

Is the pattern available?

Would definitely love to have the pattern to make her also. My husband loves EVERYTHING Star Wars. I would be a God/goddess in his eyes😊.