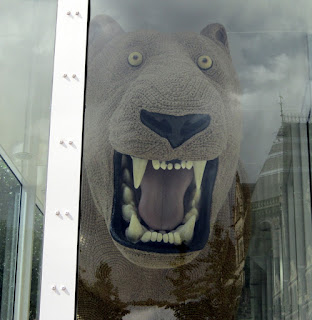 Well, it's been a while since the Olympics and Paralympics ended, but alongside the inspiring athletes there was some extra inspiration for crocheters. The Cultural Olympiad ran alongside the sporting one, and the Lionheart Project was an amazing example of extreme crocheting. The artist, Shauna Richardson, spent the last two years crocheting freeform 'skins' for three giant lions, which represent Richard the Lionheart's crest of three lions. They've been touring parts of England in an enormous glass case (they're currently at Twycross Zoo) and spent the summer in London at the Natural History Museum. A friend of mine went up to London before the Olympics started and saw them making their way to the Museum: 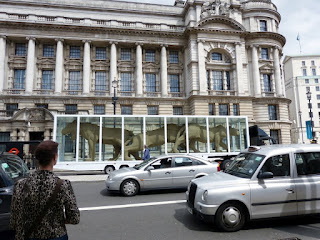 At the start of the summer, when all the excitement of the Olympics was just about to begin, I was contacted by Louie of Louie's Loops, a crocheter who makes cool and geeky patterns, like Batman gauntlets and an adorable fox hat and scarf combo. He thought it would be fun to do a free pattern swap, where we both come up with fun little patterns and post them on each other's blogs. Of course, the first thing that came to mind was the giant lions that I'd been hearing about, so I set about making a tiny lion amigurumi. 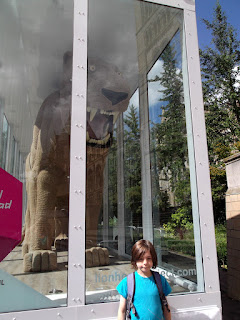 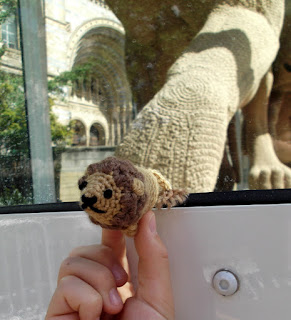 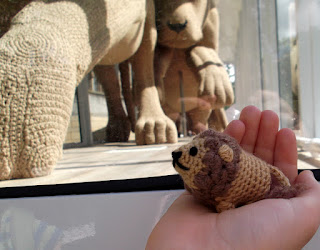 I came up with Boris, the tiny lion, and he came with me and my kids to London, so we could see the giant versions. They are massive, very impressive in real life, and it's easy to see the amount of work in them. I love all the different shapes the artist made as she was creating them. 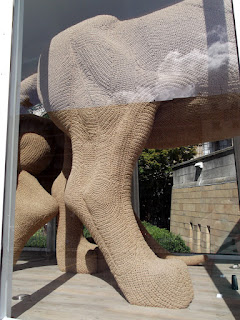 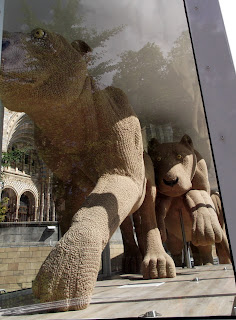 We (and Boris) also checked out some more famous lions in London, in Trafalgar Square. 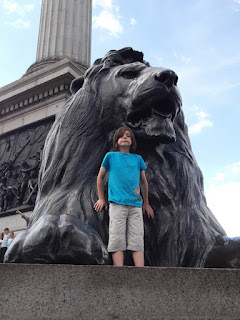 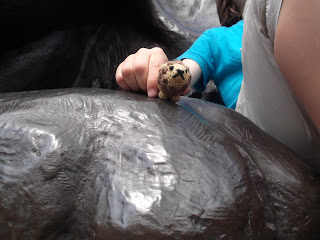 At the same time Louis was working on his own lion project, a super-cute mini lion motif that you can turn into a brooch or hairclip, or sew onto whatever you like. Come back tomorrow and I'll post his pattern, and Louie will put up the pattern for Boris on his blog. See you then! 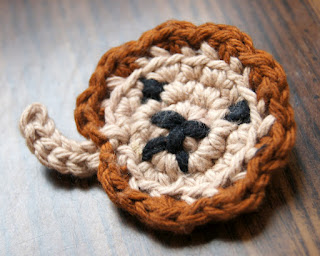